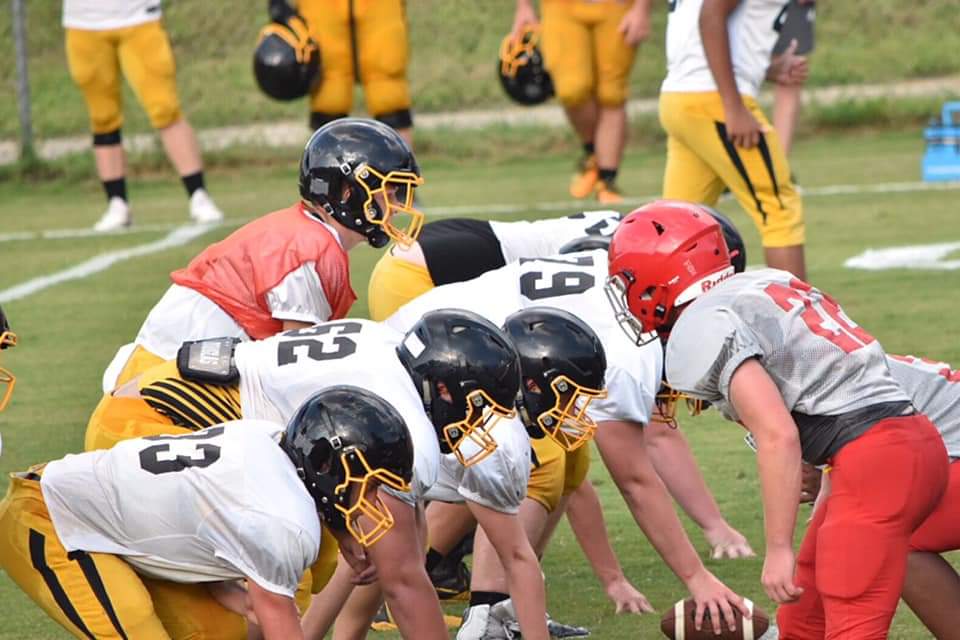 Murphy faced Erwin last night in their final tune-up before their first game of the year against Franklin next week. The Dogs looked pretty impressive across the board.

#14, Cole Laney was under center for the Dogs, starting for the injured Kellen Rumfelt. Rumfelt is taking it week by week as coaches don’t want to rush him back while he’s nursing an injury he suffered in the 2020 State Championship game. The Dogs offense didn’t miss a beat with Laney at the helm, scoring basically at will early in the scrimmage.

#14 was calm, cool and collected. Even through busted plays he was still level-headed enough to make something out of nothing and bail his guys out. Through the air, Laney threw two deep touchdown passes early on in the scrimmage. He also looked to be in command of the offense, adjusting at the line of scrimmage and making smart decisions. He did miss a few throws that could’ve gone for big plays, but he will only get better the more he’s behind center. You could make the case that on any other team in the conference, Laney would be the starter. Needless to say, the Black and Gold are in good hands if Rumfelt needs to miss more time. 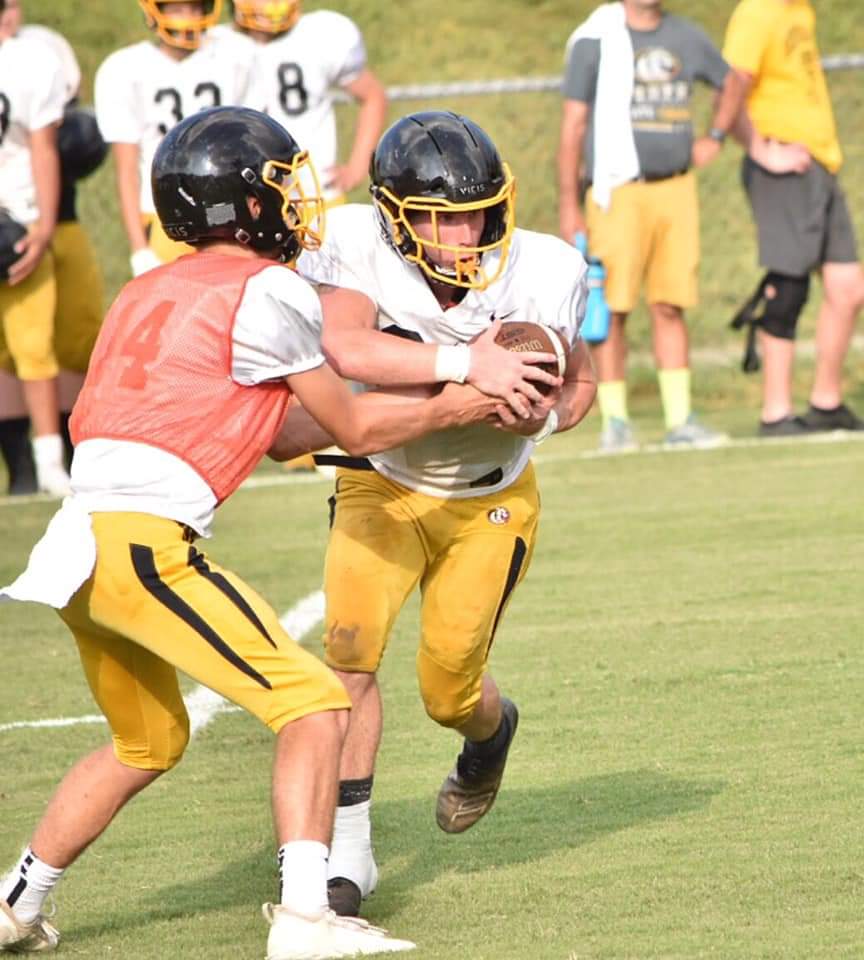 As for the running back committee, Ty Laney, Chandler Wood and Juan Allen all looked good. Ty Laney is as good as anyone in reading his blocks and finding holes, and he busted off a couple long runs in doing so. He is the clear RB1 for Murphy heading into the year.

Chandler Wood was able to knock off the rust of sitting out last season, and he broke loose for a 60 yard TD run. Wood did leave the scrimmage early with a slight ankle strain, but he will most certainly be ready to go by game time next week.

Juan Allen got more carries than expected, and will help improve the depth in a shallow backfield. Allen is so quick and elusive, when he was able to get the edge last he was gone. He also improved his route running this offseason, and is going to be a problem for opposing defenses to cover.

Defensively, as expected Ty Laney and Payton McCracken are the ones to watch. Both aren’t afraid to hit you in the mouth, and both seem to be all over the field. Hunter Laney is going to be a great addition in the secondary with McCracken and Allen. Laney had a pick and was great in coverage the entire evening, and he is going to make a name for himself this year.

There were also some new faces that made a splash on defense. Will Carringer and Hunter Stalcup along with some others are going to help Murphy maintain the defensive presence that they’ve been known for over the years.

This was also new Head Coach Joseph Watson’s first action on the sidelines as the head honcho. “I’m excited. It felt right. It kinda felt like what I though it would feel like, ya know. It’s not that much different to me, except I’ve got a couple more interviews to do and a lot more talking to do,” Watson said laughingly. “I’m proud of these kids, they played hard and it was really fun.”

In regards to quarterback Cole Laney’s performance, Watson said, “Cole can play. He’s not a backup quarterback. If he’s not having to play QB he’s going to be on the field for us somewhere else. Ya know, he came in in the State Championship game for us, and with a small lead he went ahead and finished it off for us. He’s been there, he’s been in situations that are big, but it is different when you’re the guy starting out there, but he’s handled it awesome. He’s a chill kid, him and his brother Ty both, they just do anything you ask them. I love those kids, I love all the kids.”

Overall, the Dogs turned heads. They have some things they need to clean up for sure, but at this point in the year they are more cohesive as a unit than I would’ve expected.

In their first regular season action of the year, Friday August 20th Murphy will travel to Franklin to play the Panthers. Murphy beat Franklin last year pretty handily, but the Panthers have made great improvements this offseason. I would definitely expect this to be a 4 quarter game.