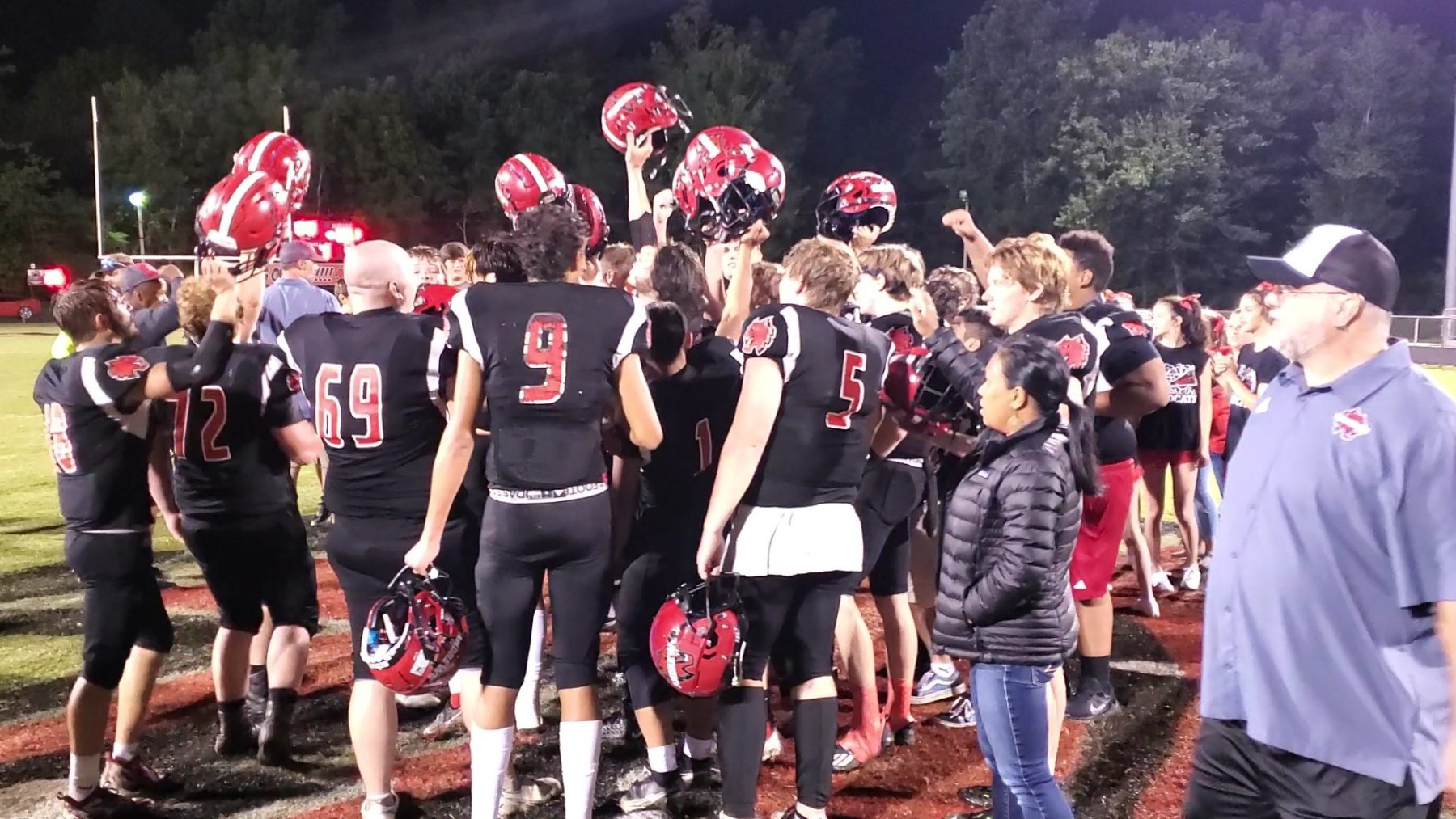 As the horn buzzed and the clock hit all zeroes Friday night, the tiny town of Andrews erupted with cheers as their Wildcat’s knocked off one of the top ranked teams in 1A football.

Head Coach James Phillips told FYN Sports earlier in the week that he believed his guys matched up well with Mitchell, and boy was he right.

In a post game interview with Coach Phillips and Andrews star running back Issac Weaver, Weaver said: “We never had a doubt in our minds that we were going to be able to come in and compete and win this game. Everyone all week talked about how we weren’t going to be able to finish the game and play all four quarters, but Coach had us preparing for that all week.” Evidence of that preparation was evident, as someone’s puke was leftover in the endzone.

Coach Phillips continued, “I’m just proud of these kids, proud for this school and this town. These kids have earned it, they deserve it, and I love ’em.”

Andrews will look to continue their winning streak next Friday night as they travel to Brevard, a team that knocked off Robbinsville 15-14 earlier this year.

In perhaps their biggest win in 40 years, the Andrews Wildcats upset the Mitchell Mountaineers, 26-14. Andrews was in the driver’s seat the entire game. This was no fluke win.

It didn’t take long for the Andrews offense to find their rhythm, driving it down the field with ease and getting on the board first with an Austin Martin touchdown run.

Mitchell answered back with a score of their own, taking a 7-6 lead. This would however be Mitchell’s only lead of the night, as the Cats pounded the rock early and often in the first half, and their offensive line held up nicely, allowing them to take a 20-7 lead into the locker room at the break.

After some back and forth to start the second half, Andrews was looking at a 26-14 lead with 5 minutes to go in the ballgame. Mitchell was moving the ball nicely after a redzone interception on defense allowed them a chance to make a last minute comeback. Mitchell was threatening to score, advancing to the Andrews 25 yardline. That was until Junior Kaden Edwards sealed the deal for the Wildcats with a game ending interception, giving his team the ball back and allowing them to run out the clock.