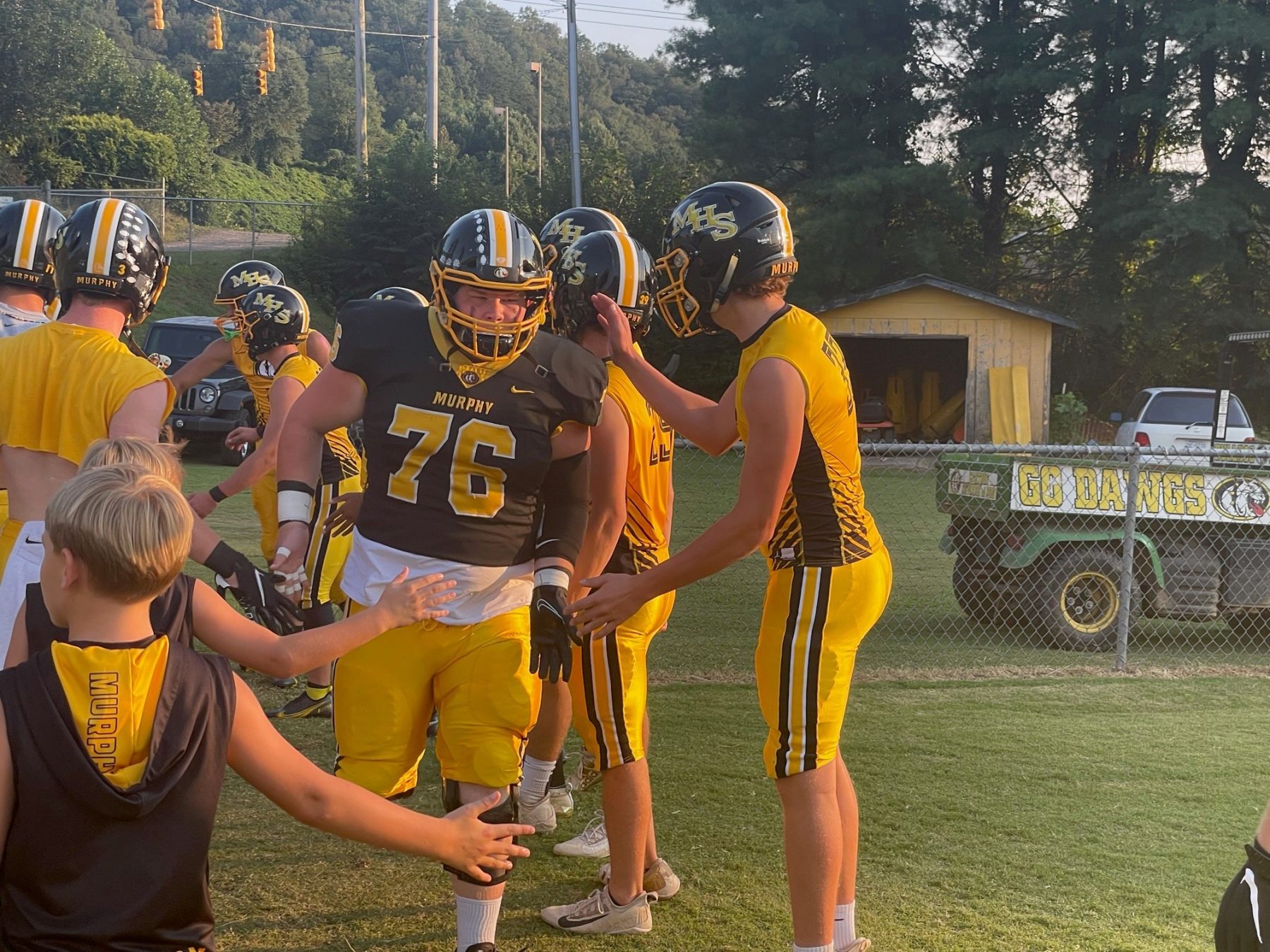 Bulldog leadership looks at the game to grow and develop

(Murphy) – – Too many turnovers and errors contributed to the Murphy Bulldogs 59-to-14 loss to the very powerful and skilled Rabun County (Ga) Wildcats.  Aside from needing to be physical and executing well, Murphy coaches this past week told the team it had to execute and take care of the ball.  “We have a common theme of when we are losing games, we are turning the ball over.  We have to do a better job about that.  Obviously, you can’t turn the ball over to that team (Rabun County) three times in the first half and be successful.  It’s hard to keep that offense off the field when you (Murphy) are not getting first downs.  We didn’t do a good job of doing that either,” Murphy Head Coach Joseph Watson explained in his post-game comments.

The first quarter held two of three turnovers for the half, which contributed to two Wildcat touchdowns.  Early in the game, the Bulldogs held off a Wildcat drive where Senior Defensive Back Juan Allen intercepted a pass from Rabun County Quarterback Gunner Stockton.  A fumble by the Bulldogs deep in its own territory set up an easy 3-yard touchdown carry by Junior Running Back Lang Windham.  Two minutes after the Wildcat touchdown, Murphy was mounting its return and fumbled to Rabun County.  The Bulldogs did not allow Rabun County to return unobstructed.  Juan Allen broke up a pass and the line denied Rabun County big advances.  Using the style and skill that Gunner Stockton is known to have, he ran a 36-yard touchdown to build the Wildcat momentum that would overpower and shut out Murphy in the first half 38-to-nothing.  There was a total of five Murphy turnovers in the game.

The night was long and arduous that wore the Bulldogs down.  Murphy came out in the second half with a new attitude and some adjustments with hope to get past the 38-to-nil score built by the Wildcats.  Even with 185 yards in penalties and three suspended players for throwing punches, the Wildcats reset and kept moving as if nothing happened.   The Bulldogs generated two touchdowns with a 13-yard pass play from Kellen Rumfelt to Juan Allen and a 1-yard Rumfelt run to the end zone at the end of the 3rd Quarter.  Rumfelt’s touchdown run was set up by a deep pass to Senior Wide Receiver Payton McCracken.  With each Murphy score, the Wildcats answered.

Coach Watson praised the Bulldogs saying, “I am proud of the kids.  They kept fighting and kept working.  They came back and worked hard in the second half. We are going to fight, and we are going to be alright!”

While the score is lopsided, Coach Watson noted a few bright spots in the game.  “In the first place, Juan’s good on the interception.  We moved the ball a little bit here and there, but it was hard to sustain a drive on these guys (Rabun County).  They are really good.  There were some good plays.  Kellen played his butt off the entire game; (he) kept fighting, kept working.  For the most part everybody did that,” Coach Watson mentioned about the game play.  Watson noted the other positive about the game was being on the field with a high caliber team like Rabun County.  He wants the Bulldogs to see the intensity and build to be the most physical, big, and fast.

The Next Game – Cherokee High, Tennessee not North Carolina

Going into the game with Rabun County, there was a thought the Bulldogs will not have a game this coming Friday night (September 17, 2021) at 7:30 PM.  Coach Watson was able to set up a game with Cherokee High in Rogersville, Tennessee.  Cherokee High won its first game 41-to-6 over Cocke County and lost its second 37-to-14 to Seymour.  According to other published reports, its not clear whether a forfeit was given to Cherokee High for the next two games with Daniel Boone and Clinton high.  Cherokee High is in the 5-A rankings in Tennessee.  Rogersville will be at least a 3-hour ride for Murphy fans.  More details on Cherokee High this week. Look for our preview on Wednesday night/Thursday morning at Team FYN Sports. 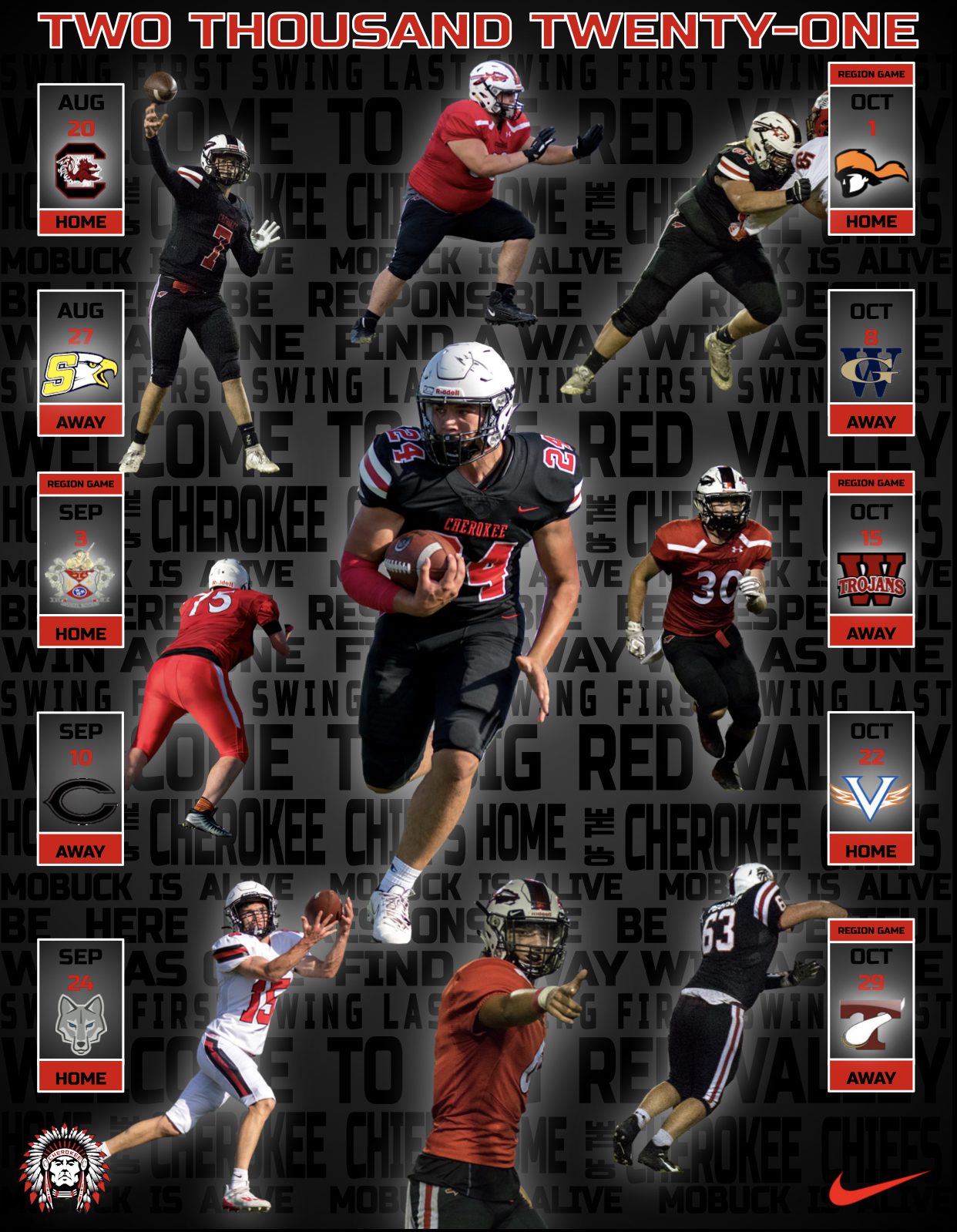 Thirty-Four passing plays were attempted between Murphy’s Kellen Rumfelt and Rabun County’s Gunner Stockton.  Rumfelt completed 9 of 19 attempts for 193 yards, which included a touchdown pass and an interception.  Stockton completed 17 of 25 passes for 366 yards, which included 4 touchdowns and 1 interception.  Below are the overall statistics for the game.  Stats provided by Murphy High’s Ray Carroll.