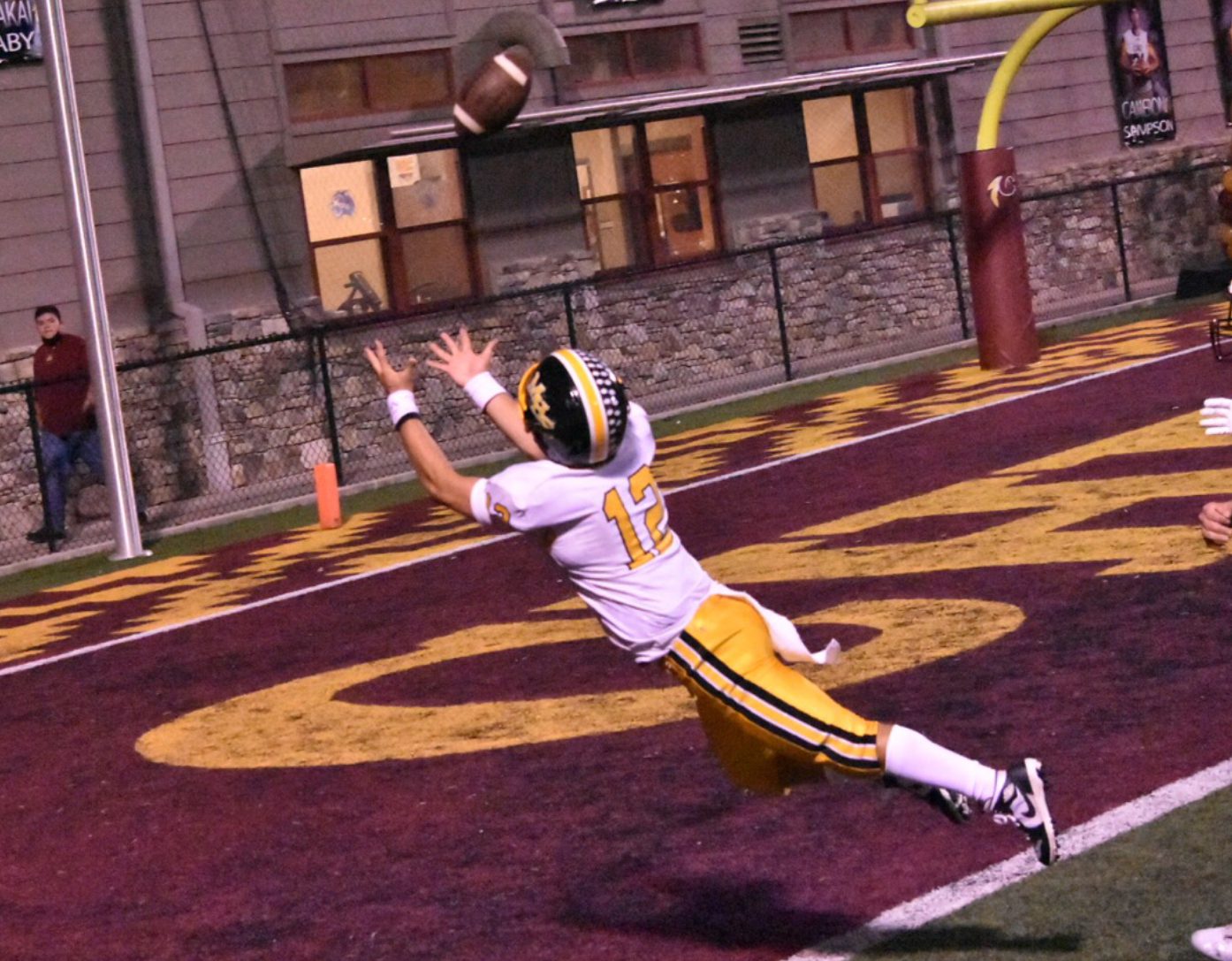 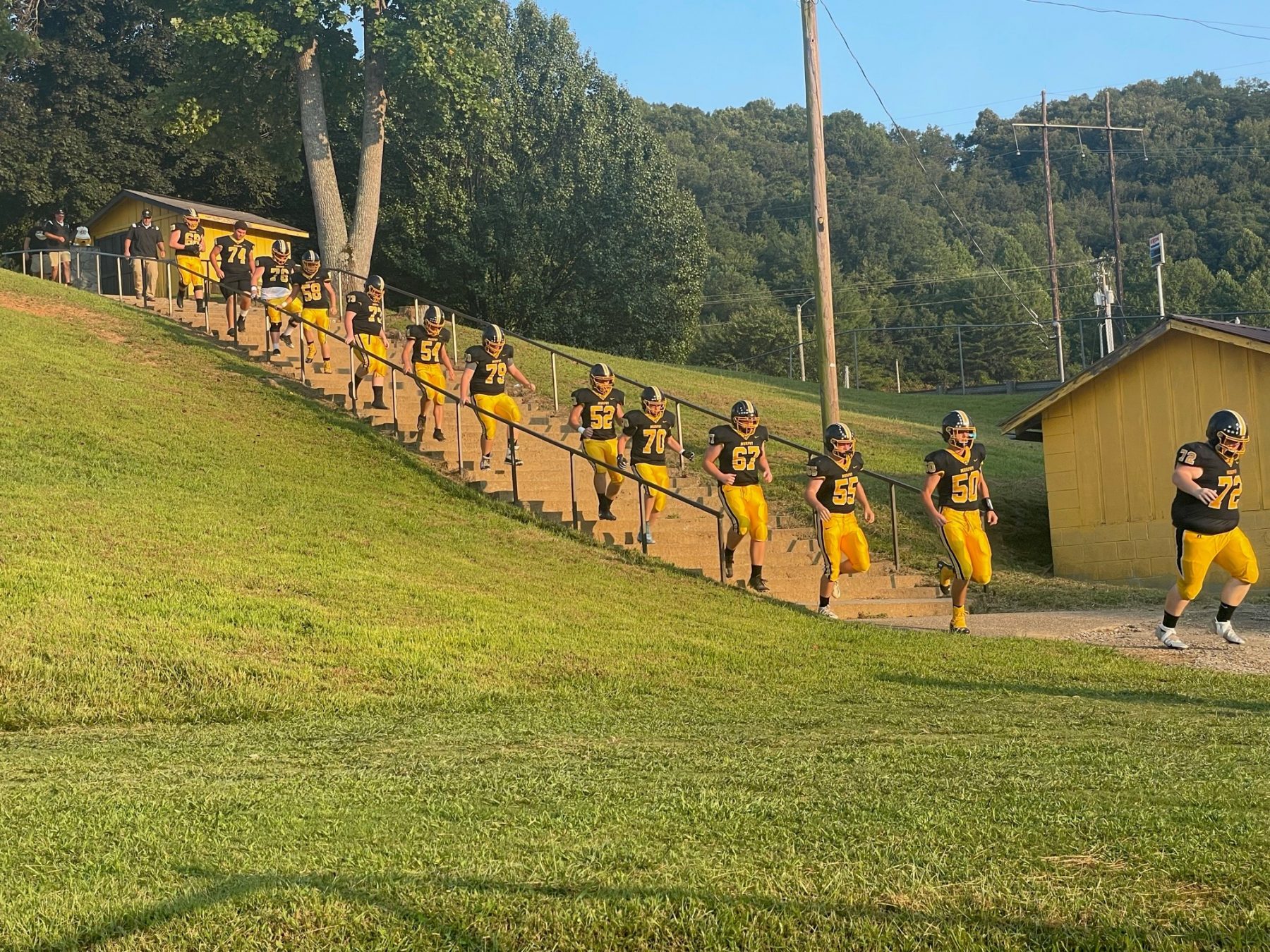 (Murphy) – – Fall is a time we are plagued with yellow jackets searching for the last drop of something sweet before the cold weather hits.  The older generations tell us not to bother them or they will sting.  That old sage advice can’t be taken by the Murphy Bulldogs this week when they host the Hayesville Yellow Jackets this coming Friday night (October 8, 2021) with kick-off scheduled for 7:30 PM.  The Murphy Bulldogs will need to stir the Hayesville nest and see how they fly and sting.  “This is about the sixth spread team we have seen.  It feels like every team we play is a spread team.  They are a young team, and they are getting some valuable work.  We expect them to play hard like they always do against us.  We expect them to be ready and prepared Friday night,” Murphy Head Coach Joseph Watson explained.

Hayesville, 2-and-4 on the season and oh-and-1 in conference play, has suffered a few bumps from some talented teams and a narrow win over a team Murphy soundly defeated.  The Yellow Jackets started the season with a 34-to-21 loss to Enka and 44-to-14 loss to the Franklin Panthers.  Week three gave Hayesville its first win of the season in a game with Lookout Valley (TN), 50-to-six.  Leading up to this week Hayesville lost to Tuscola 46-to-21; defeated Georgia Force 28-to-21; and lost last week to Andrews 37-to-7.

Underclassmen make up almost 50 percent of the Hayesville football team.  A significant number of the sophomores claim the starting positions for the Yellow Jackets.  Hayesville’s running back Dawson Devane is a freshman.  The younger players show significant points on the field.  The Hayesville front line is not as large as it has been historically.  This team is still perfecting its skills and working on execution.

Hayesville’s offense will spread out and look to Junior Quarterback Logan Caldwell to RPO (set a run play, pass, or exercise the option).  Look for four pass options in Taylor McClure, Isaac Chandler, Asher Brown (all sophomore) or Junior Kyle Lunsford.  During the Andrews game, Hayesville elected to send Caldwell on some designed quarterback counters and run plays, when he didn’t hand off to Devane, who is finding his place on the field very well.  You will find Hayesville running many of the plays it historically likes to run like buck sweeps or bubble screen passes.  Caldwell is pretty good at the pass.  According to published reports he is hitting about 61 percent of his passes this season for an average of 16 yards per toss.

The Yellow Jacket defense is stacked up in a 4-3 but will look more like a 4-4.  Sometimes Hayesville will bring up an outside linebacker, like Kyle Lunsford, to set an assignment on the opposing offense, like the quarterback.  Hayesville will cover the offensive pass threats with a cover three, typically.  Hayesville is not the fastest pass coverage team.  Reviewing film, Hayesville presented some loose pass coverage.  This may present an opportunity for Murphy to go to the air a few more times with success.

Hayesville has been home…Kellen Rumfelt likes to face Hayesville

Murphy Quarterback Kellen Rumfelt comes from Hayesville and the laws of probability would probably have him in a Hayesville uniform and probably leading the Yellow Jackets as quarterback.  As he made his way to middle school he wanted to transfer out to Murphy.  Rumfelt is a surname synonymous with Clay County.  “I always like playing against Hayesville.  When I left there before I started middle school, they all kinda gave me a hard time.  I just had to make the best decision for me.  I think it has worked out pretty good getting two rings,” Kellen says.  Rumfelt says Hayesville is a team to be very serious about, regardless of youth, it has lots of passion.  “The (Hayesville) defense is young but they do play hard.  I think they are going to be really great players.  They don’t have a lot of experience and that’s where we have them,” Kellen added.

Who can really predict who will be king of the conference this year?  Murphy didn’t play well against Cherokee and witnessed a very capable Braves football team Friday night.  Traditionally, Andrews has not been a leader in the conference, but this year the Wildcats have a different look and definite prowess to move the ball and take down some traditional power football teams.  Swain and Robbinsville seem to be on track to be contenders to claim the crown too.  “The conference is always strong.  I don’t know what the statistics are.  Everybody makes a deep run most of the time, or somebody from the Smoky Mountain Conference.  You have to bring your best every week.  You know you are going to play a good ball team when you are in conference play,” Murphy Defender and Wide Receiver Payton McCracken stated.  McCracken is one of several Murphy Bulldogs taking to heart there are only four games left in the regular season and conference games will help place teams in the state play offs.  Payton, what about playing the Hayesville Yellow Jackets?  “We have played quite a few spread teams this year more than what we have in the past few years.  I feel like that has prepared us well.  Rabun County, they did the spread, Cherokee did it, I mean there are a couple of teams that did that to us.  I think we are good, and we can play that.  We will just play our rules and play ball,” McCracken added.

The game . . . Murphy versus Hayesville

The Murphy Bulldogs will host the Hayesville Yellow Jackets at Bob Hendrix Stadium/David Gentry Field.  Kick off is set for 7:30PM. Stay connected to Team FYN Sports for updates on the game and post-game comments.