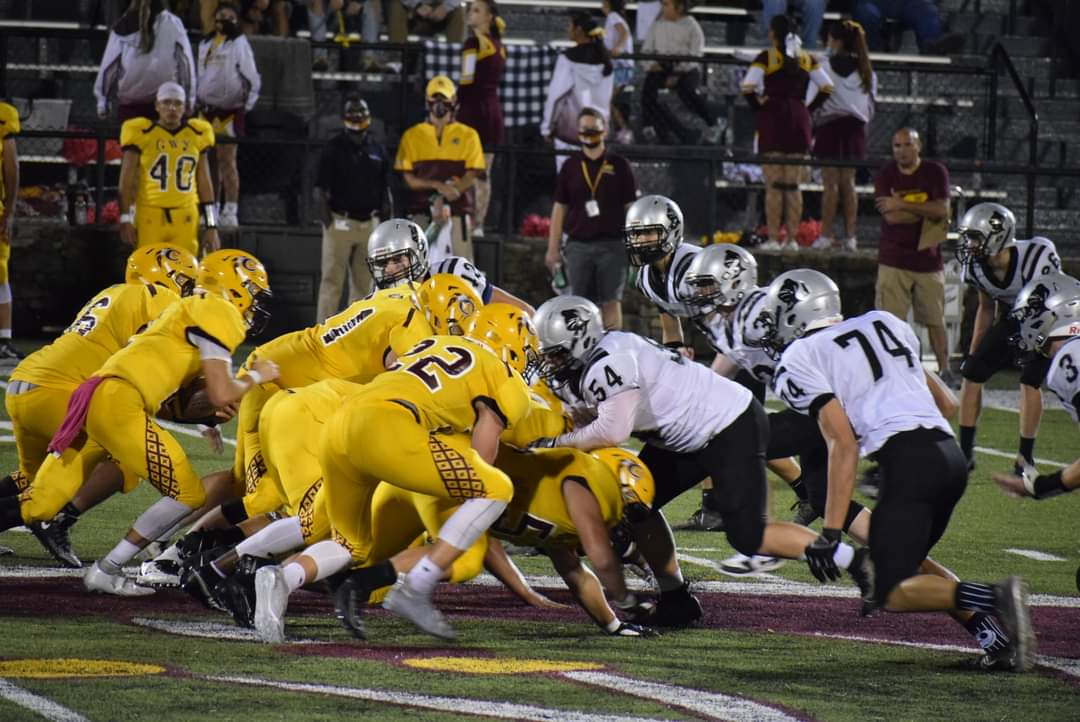 What a night in Western North Carolina. Without a doubt the best night of Football this year. I know nobody asked, but here’s what I thought about a wild week 2 in the SMC-

Perhaps the only game in the conference that went the way most felt it would. Murphy took care of business on Homecoming night and put on an impressive display of football, defeating Hayesville, 56-14. Kellen Rumfelt bounced back from a shaky performance last week against Cherokee and went 6/8 through the air for 117 yards and 2 TDs.

Most importantly though for the Bulldogs, they seem to be getting things worked out on the defensive side of the ball. Joe Swain made his presence felt at OLB, a position we haven’t seen him play this year. Big #78 Rylan Smith also made an immediate impact after missing last week’s game. Hunter Stalcup is also emerging as a hidden gem on this Murphy roster, rushing for 180 yards and 2 TDs tonight on only 7 carries. You’ve gotta be happy with what you saw last night from your guys on both sides of the ball if you’re Bulldogs head coach Joseph Watson.

The Murphy team that showed up tonight is completely different than what we’ve seen this year. They played with fire and passion, something that’s been lacking thus far. With the gauntlet of a schedule that Murphy is facing to end the regular season, let’s hope the Dogs worked out all their wrinkles in this blowout win over Hayesville. 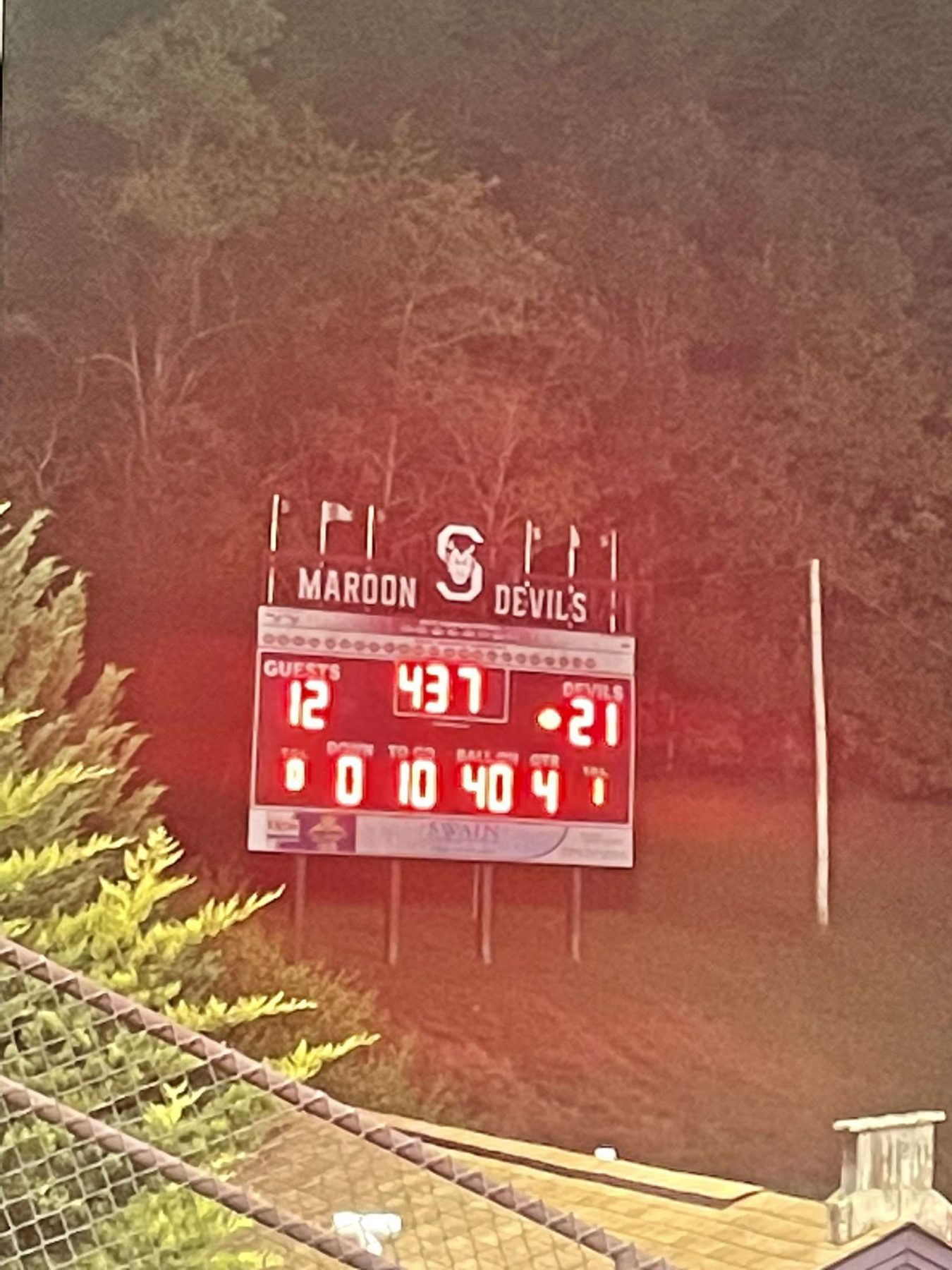 My biggest takeaway from this game was the lineplay of Andrews. With the Cats being a run first Football team, their smaller O-Line has to find a way to compete against the bigger D-lines in the SMC. Andrews will be back at home next week against a Cherokee team that just upset Robbinsville, so we will see if they can bounce back. Andrews also was as one dimensional of a football team as they come last night. 2/16 through the air isn’t going to open up holes for your run game. Your bread and butter is the run game everyone knows that, but you’ve gotta get the D on their heels and make them respect the pass so they’ll stop stacking the box on ya.  As far as Swain is concerned, they seem to be a team that is just going to do what they have to do to win. As cliche as that sounds, what I mean is that even though they aren’t really dominant on the ground or through the air offensively- they put up enough points to win ballgames and their defense is strong enough to get stops when it matters. Their D held an Andrews team that was averaging 356 yards rushing per game this year, to only 206 yards of total offense. It might not be pretty or the most fun to watch, but they’re gonna do what it takes to win.

Heart doesn’t show up in the record books, but if it did Cherokee’s Don Bradley would be a hall of famer. Cherokee beat Robbinsville 20-7 thanks partly to the fact that they won the turnover battle, and partly because they wanted it more. 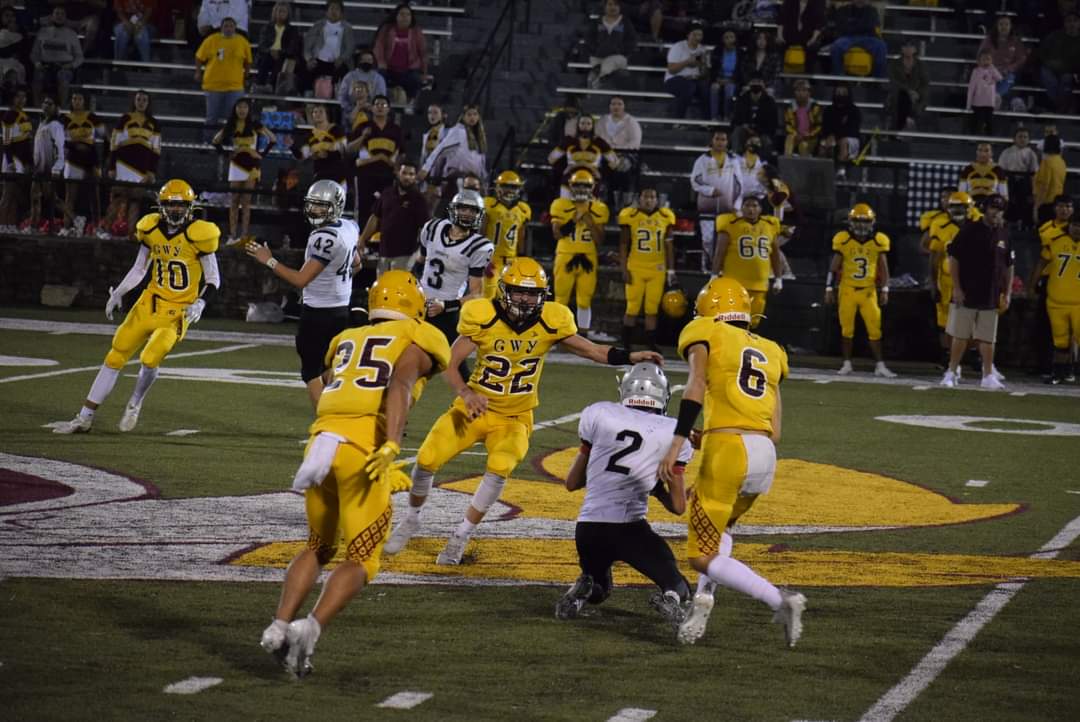 Don Bradley is the epitome of a QB1. He leads his team and gets his guys up even when he’s not on the field. When you have good team chemistry and mix that with good coaching and great athletes, you have a formula for a winning football team. Sure, Robbinsville had a lot of guys missing from this game due to injury, but you’ve gotta hand it to the Brave’s, they got the job done. They’re a missed extra point away from beating Murphy and Robbinsville in back to back weeks. Don’t sleep on Cherokee.

As for Robbinsville, they’re a young football team that can’t stop making mistakes. They have turned the ball over-give or take-10 times through 5 games. That’s unheard of out of Robbinsville, a team that is usually very disciplined. One could argue that if they could’ve kept from coughing up the football, they’d be sitting here at 4-1 instead of 2-3. It just seems like the Knights can’t catch a break. First COVID has them miss 2 weeks, now injuries have knocked out a handful of their starters. I would venture to guess they’ll get things figured out, they always do. That’s the good thing about a young team, they can learn and grow from their mistakes. I’ll say this, even with their recent struggles- no one is looking forward to playing the Black Knights, and we’re in for a slobber knocker next week as they travel to Murphy.