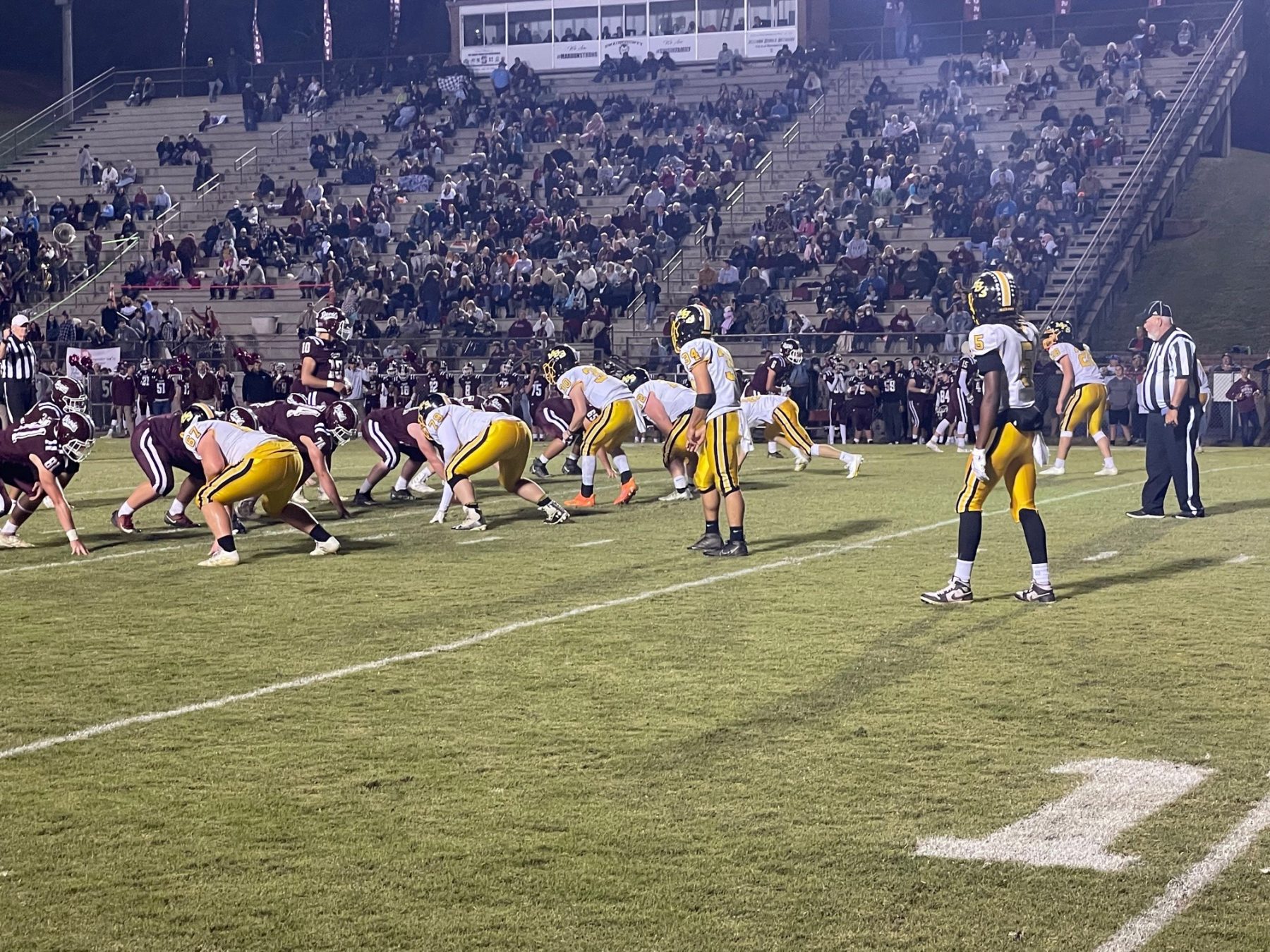 (Burnsville) – – Cougars and feline strength is facing the Murphy Bulldogs (7-and-4) on Friday night. During the late 1970’s Robert Conrad dared people to knock an alkaline battery off his shoulder that is packed by a cougar-like ball of energy jumping through a number 9. Physical play to knock the cougars off the shoulders of the western North Carolina high country will be needed by Murphy. Two teams have succeeded, which include Mitchell County High and Pisgah and by pretty good margins. The eight other teams have suffered the shock of Mountain Heritage, which is 8-and-2 on the season. Smoky Mountain Conference Neighbor Swain County came the closest to knocking off the Cougars in a 16-to-10 game in Bryson City. It’s been so long ago these two teams have faced one another, the Robert Conrad commercial for Eveready batteries was probably still on the air. During the years that have followed, both teams have enjoyed great success and a few trips to the state championship game.

Through this fall season, Mountain Heritage has probably been tested mostly from some non-conference opponent like Pisgah, Swain, Erwin, and conference opponent Avery County. The once powerful Western Highlands Conference has not been as challenging as it once was. That does not mean Mountain Heritage is weak. The Cougars have posted an average of 32 points per game and limited the opponents to about 15 points per game.

How will Mountain Heritage operate? The stats and film illustrate a Cougar team powered by its downhill running from counters, traps, and dives. Like so many teams Murphy has faced, the quarterback, Gabe Silvers does a lot of quarterback designed runs from counters to power plays, especially when opponents don’t crowd the box. Silvers has more than 12-hundred yards rushing. Mountain Heritage has good runners in Senior back Jakob McCool and Logan Huskins. They have 567 and 367 yards rushing respectively. While the numbers seem a little low, but they tend to break for big rushing plays. This team has good fundamentals but have not been seen as the quickest team in the region. Another weakness potential could be the Cougars always go for a 2-point conversion and don’t possess a field goal kicker.

The Mountain Heritage defense has been stingy with allowing its opponents to score. A similar formation and technique to the Cougars was the Rabun County defense. We will likely see a 3-3 (33 defense) stack and cover three in the secondary most of, if not all the time. The stronger defensive players are Senior nose-guard Bryson Hollman and Logan Huskins who will switch over to middle linebacker from his offensive running back duties.

Knocking the Battery Off the Shoulder

Mountain Heritage is not the fastest team, but they are big and physical, which can be problematic. Otherwise, Murphy will have to use its speed and muscle to stop and get past the Cougars. This is not going to be a cake walk of a game. But, if you win this game, you definitely have some bragging rights. Murphy Head Coach Joseph Watson concurred saying, “They (Mountain Heritage) are going to be a difficult team to compete with Friday, but we are up to the challenge.”  Coach Watson says the Bulldogs will have to watch Mountain Heritage’s quarterback Gabe Silvers. “He (Quarterback Gabe Silvers) is most of their offense. He has carried the ball 2-to-1 to anyone else on their team. They do a really good job of creating mismatches and overloading formations to get blocks for him,” Watson added.

Are the Bulldogs ready for this second round game? Bulldog Quarterback Kellen Rumfelt feels the team is ready. Last week’s decisive win over Alleghany was the medicine the doctor ordered. “We had great week of practice. We definitely needed that win and we needed to win the way that we did. Mainly what they (Mountain Heritage) try to do is beat you up. Line up against you and prove they are bigger and a better football team,” Rumfelt stated after practice this week. Rumfelt added the team will obviously watch Gabe Silvers as he has almost 130 carries this season. Senior leadership for the Murphy Bulldogs will have to keep the team motivated through a long bus ride to Burnsville. “We are ready, all we have to do is win,” Rumfelt added.

A few more thoughts to this game

Murphy defense will have to make its stand and play good assignment football. Watching film of last week’s game with the Albemarle Bulldogs facing Mountain Heritage, the front line made too many mistakes and allowed its big men to become isolated and taken out. It was not the best Albemarle team we have seen on “tape” in a while. The Murphy Bulldogs can’t fall into the same pit as Albemarle. We expect Kyle Willard to be back and clicking on all eight cylinders, Rylan Smith, and possibly Chandler Wood adding some speed. It is going to be a ground game. All season the Cougars have score 5 touchdowns from passes and about 40 on rushing carries. Another good balanced night of offense from Murphy that we saw last Friday night couldn’t hurt. We didn’t see Mountain Heritage having to defend many passes, which may be an opportunity for Murphy if we allow a few more passes from Rumfelt. So, the challenge has been made, go ahead Murphy, knock them off, I dare you!

Murphy will kick off the game with Mountain Heritage on Friday night (November 12, 2021) at 7:30.  Stay connected to Team FYN Sports for updates and interviews.