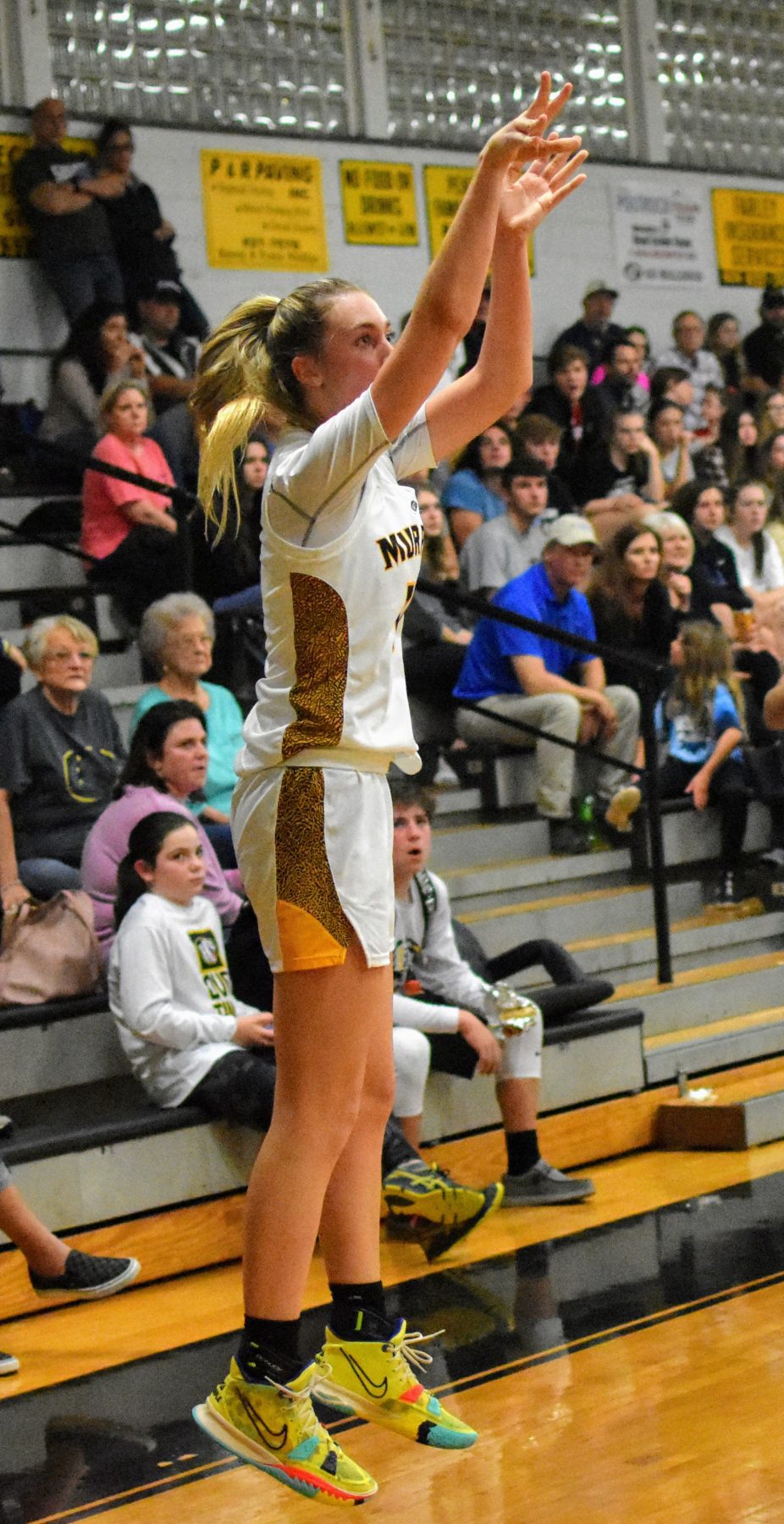 The Murphy girls basketball team had a heavyweight matchup on Saturday. They took on the 2A Georgia state runners-up Fannin Co Lady Rebels. The game lived up to the hype for sure and was a four-quarter battle. The difference in the game was a hot-shooting 2nd quarter for Murphy from the three-point line. The Lady Bulldogs went on to win the game 58-48.

The first quarter was a back and forth affair between the Lady Rebels and Lady Bulldogs. The quarter also had plenty of scoring, Becca Ledford had eight for Fannin, while Torin Rogers had nine for murphy. Murphy had the final edge with a late run in the quarter to lead 17-14.

In the second quarter, the Lady Bulldog defense came alive and really started to bother Fannin. They held the rebels to just the Lady Rebels to just seven points while scoring 20 of their own. Lailee Holloway hit a pair of threes for the Lady Rebels and Addie Johnson chipped five points in the quarter as well. They were able to extend their three-point lead all the way out to 16 by halftime.

While the second quarter was all Murphy Fannin came alive in the third quarter to make it a ballgame. The Lady Rebel offense was balanced and they got scoring from several players in the quarter. Ellie Cook had five, Becca Ledford had six, and Raegan York had five. Their defense was also much better in the quarter. Holding Murphy to just nine in the quarter and suddenly going into the fourth quarter it was just a nine-point ball game.

In the fourth quarter, it looked like it could be anyone’s game but Fannin Co just ran out of gas. They had a great comeback effort in the third quarter and it took a lot out of them. The shots stopped falling for them in the quarter and Murphy executed well coming down the stretch. Torin Rogers’s eight fourth-quarter points helped secure a huge early-season victory. Murphy finished it off winning 58-48.