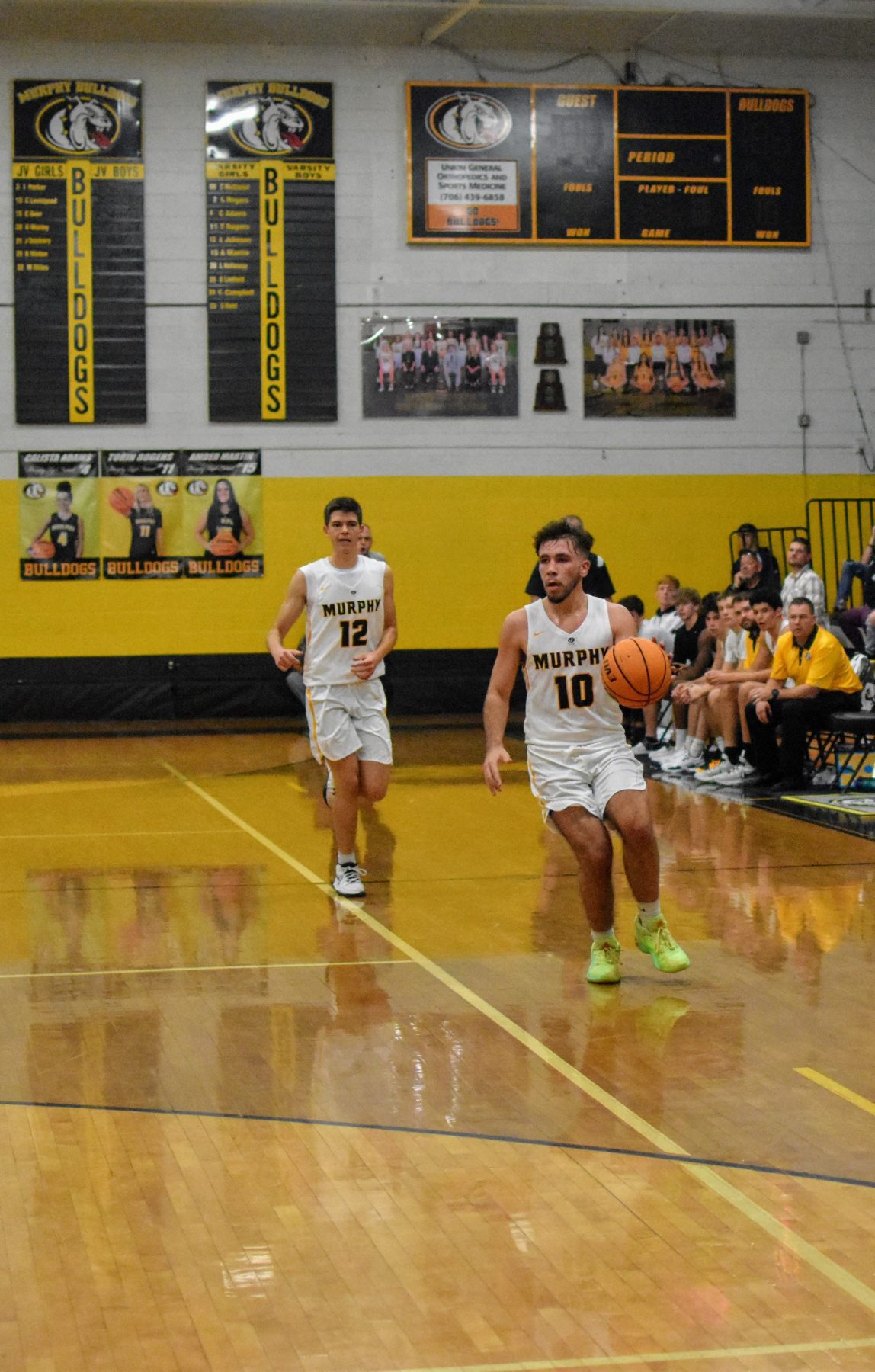 The Murphy boys basketball team is finally on the court after a long run in the football playoffs. You could definitely see there was some rust with a large contingent of their team only having a few practices under their belt. Yet you could see the potential and that once they get into basketball form they could pose a problem for opponents. It wasn’t pretty at times but their athleticism and physical play was too much for Fannin Co. tonight. The Bulldogs bludgeoned the Rebels en-route to a 67-52 victory.

The 1st quarter was very fast paced tonight and had lots of good action. Both teams came out ready to play and looked to be locked in, early in the game. Murphy got scoring from five different players in the quarter. That balanced effort gave them an early 15-11 lead to end the quarter.

Similar to the girl’s game the Bulldogs took control in the second quarter. It started with the defense only allowing seven points from Fannin in the quarter. While the offense once again was incredibly balanced, this time getting scoring contributions from seven players. Murphy’s post players were a force all night long, their rebounding effort in the second quarter was a huge factor. By quarter’s end, the Bulldogs had stretched their lead to 32-18.

Murphy took absolute control in the third quarter defensively this time only allowing six points. The offense for the Bulldogs in the third quarter was their lowest output of the game. They only scored thirteen points but because of their defense and rebounding, they extended their lead even further. The quarter ended with Murphy leading 45-24.

Fannin finally came alive for the first time all night, but it was too little too late. Even though they put up 28 fourth-quarter points coming into the quarter trailing by 21 was too much to overcome. Things did get ugly in the fourth quarter for Murphy as things started to get chippy. They had a player thrown out for back-to-back technicals and had two players foul out. It is easy to tell Murphy’s going to try to out tough and beat up on teams physically this year. They will have to find a balance though between being the more physical team and getting a little too sloppy at times. Tonight though Fannin Co. wanted none of it though as Murphy won 67-52.