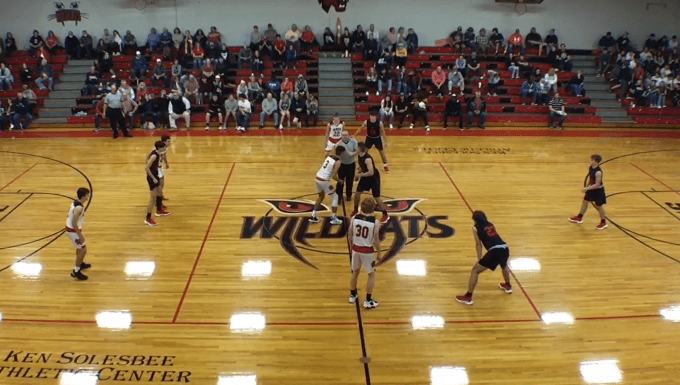 The Andrews boys basketball team took on a tough opponent in the Franklin Panthers on Friday night. Andrews did take a step forward regardless of the final outcome. Franklin is a team that will compete to win their 3A conference. To see the Wildcats battle for four quarters with them really shows that this young team is headed in the right direction. The Wildcats got down very early in the game and Franklin’s full court pressure was really bothering them. Yet the further the young Wildcats got into the game the better they handled it. Not only did they handle it, they started to use their press break to get some easy baskets. The big story of the night for the Wildcats was young Kegan Ellis who was the leading scorer for Andrews. It was truly a breakout night. If the freshman continues to play like he did on Friday he could be a big reason Andrews has a successful season. Ellis has a sweet shooting stroke and for a smaller player finds a way to finish in creative ways at the rim. Ultimately Andrews would lose to Franklin 75-58, Andrews really struggled with Franklin center Miles McClure who had a monster night against the undersized Wildcats.