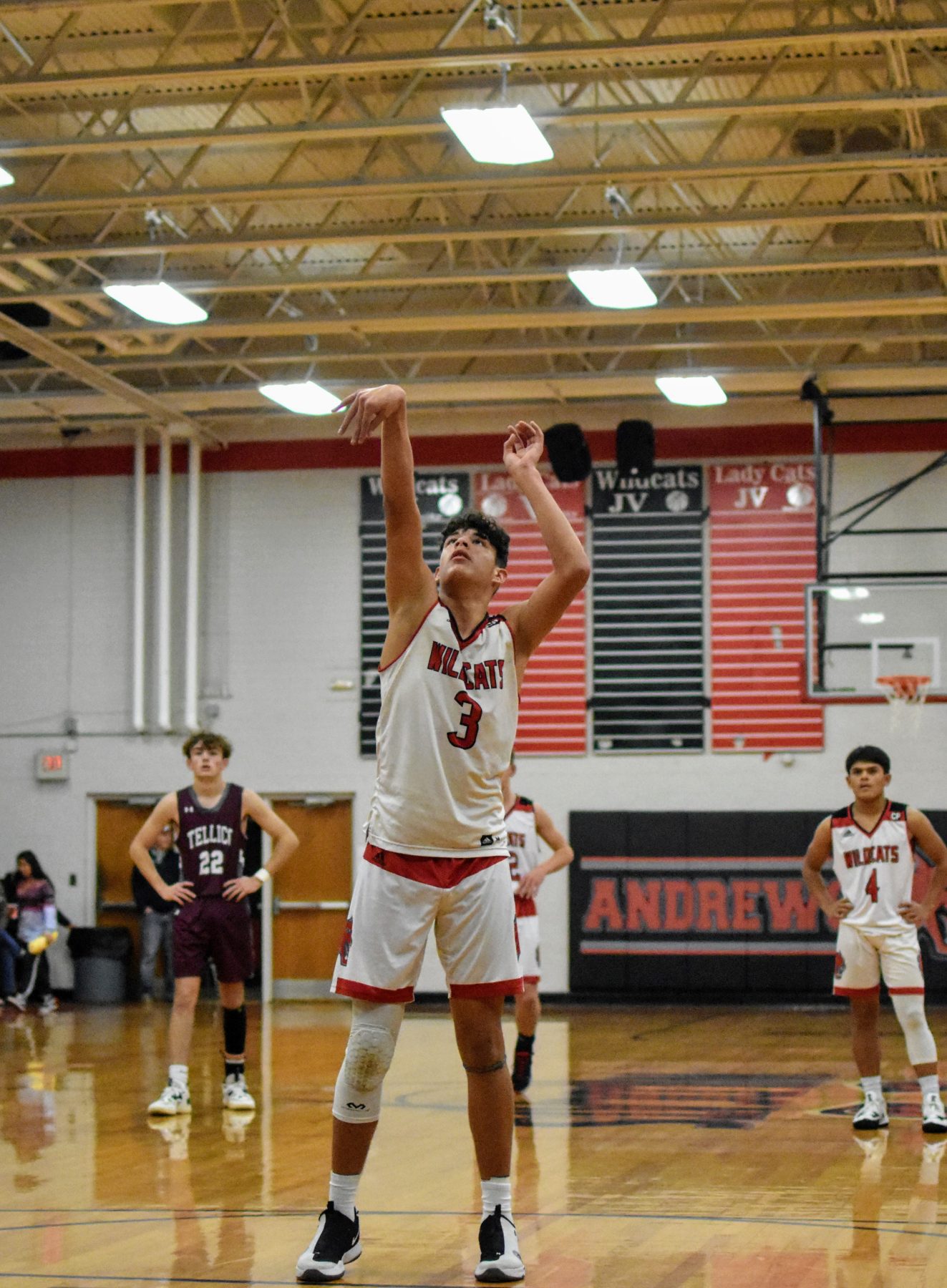 The Andrews Wildcats boys basketball team took on a tough opponent Monday night hosting Tellico Plains. The game was a good one filled with lots of physical play. There were lots of lead changes and ties throughout the game. Come winning time though Andrews made a few more big plays than Tellico. This allowed the Wildcats to get their second win of the season 51-49.

Both teams got off to slow starts early in the quarter and were having a tough time finding points to be had. About halfway through the quarter though both teams started to find their scoring touch. For Andrews the insertion of Kegan Ellis into the game was a big reason why, he had two assists and a three in the quarter. Isaac Weaver was the beneficiary of one of those assists hitting a nice reverse layup on the fast break. Weaver also made a three of his own in the 1st quarter to lead the Wildcats in scoring early on.

Andrews found their scoring touch once again in the third quarter. They got threes from Donovan Bateman and Kegan Ellis. As well Isaac Weaver got a great inside feed from Bateman at the end of the quarter. Weaver did not disappoint and hit a really tough and one shot. Making it an old fashioned three point play and giving Andrews a 36-33 leading going into the fourth quarter.

Tellico challenged the Wildcats going into the fourth quarter putting pressure on the young team. Tellico took the lead back from the Wildcats but Andrews would not go away lightly. A big key to the fourth quarter was Cameron Rattler for the Wildcats he had several big buckets. He also had a couple of key passes out after offensive rebounds. This enabled Andrews to keep a small lead as the quarter was coming near the end. A late fourth quarter push by Tellico made it a one point game with 1:30 left to play. Andrews had a perfect possession though, moving the ball around for 45 seconds before Kegan Ellis came up with a huge basket to give Andrews a three point lead. That ended up as the winning basket as the Wildcats finished the game winning 51-49.