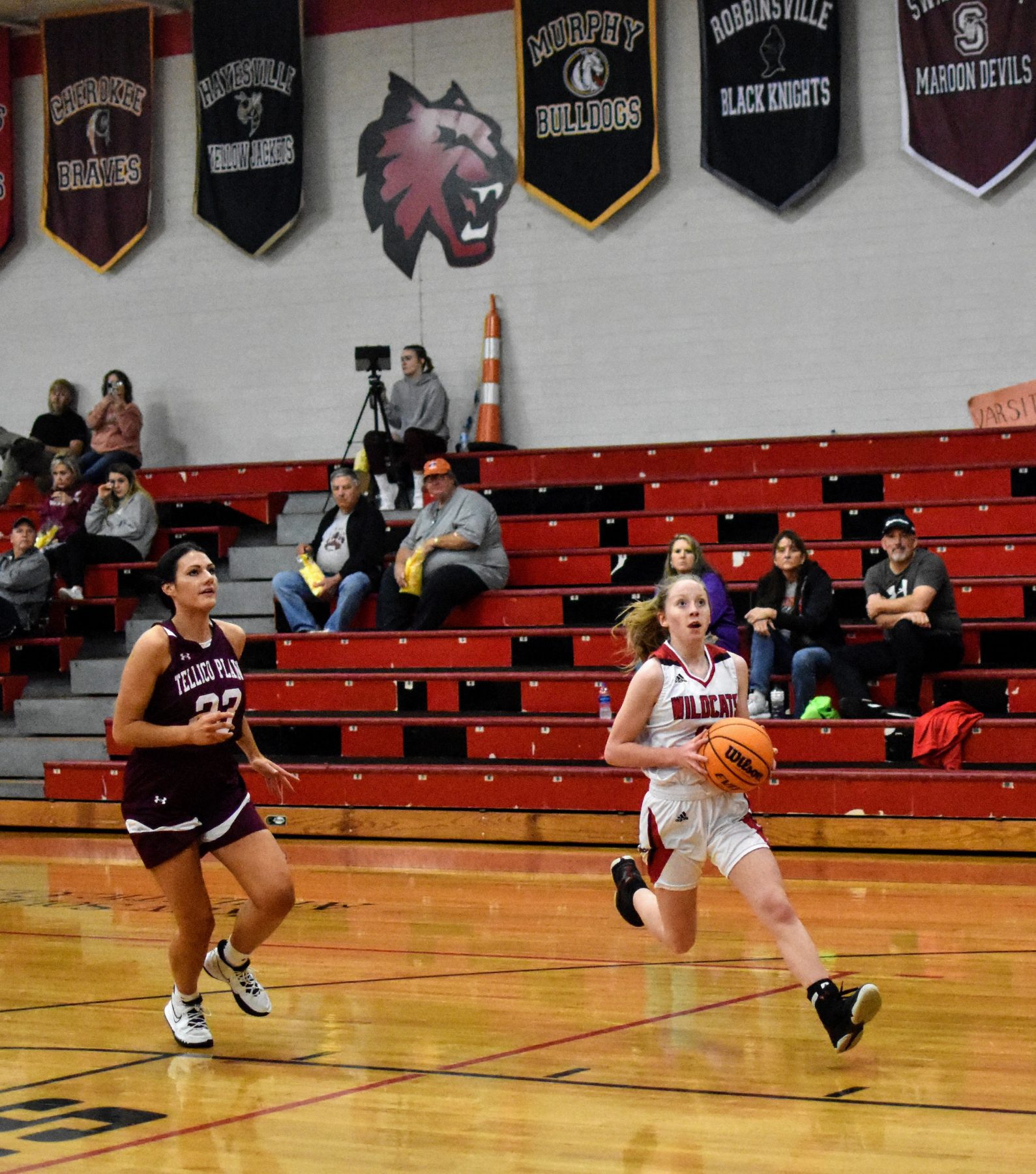 The Andrews Lady Wildcats took on a tough opponent in Tellico Plains on Monday evening. Tellico Plains brought back a ton from their team that went 24-2 last year and also won their district. The Lady Bears were too much for Andrews, their three point shooting on offense and full court pressure defense gave the Lady Wildcats all kinds of trouble. Andrews showed plenty of promise though even in the 64-26 loss.

Tellico Plains came out firing early, combining that with their full court pressure and it made things difficult for Andrews. Tellico had 19 first quarter points, getting contributions from five different players. Andrews had trouble breaking the press and did not get many shot attempts up. Tellico led 19-4 going into the second quarter and did not look back. They further extended their lead but were held to less points this quarter by Andrews. Emily Mealer led the way for Andrews in the second quarter hitting a three and an inside basket. Yet by halftime the score was the Lady Bears 34, the Lady Wildcats 9.

Tellico came out shooting hot again to start the second half and put any doubts of an Andrews’ comeback away. Their 18 point fourth quarter while holding Andrews to just six sealed the game. It was good to see in the fourth quarter though that the Lady Wildcats still had plenty of fight. Even though they were down big, the fourth quarter was their best quarter of the game. They managed 11 points in the quarter behind a big 8 eight point effort from Emily Mealer. Mealer was the leading scorer for Andrews on the night with a 17 point performance. If she can continue to play like that it could mean good things for the Lady Wildcats moving forward.