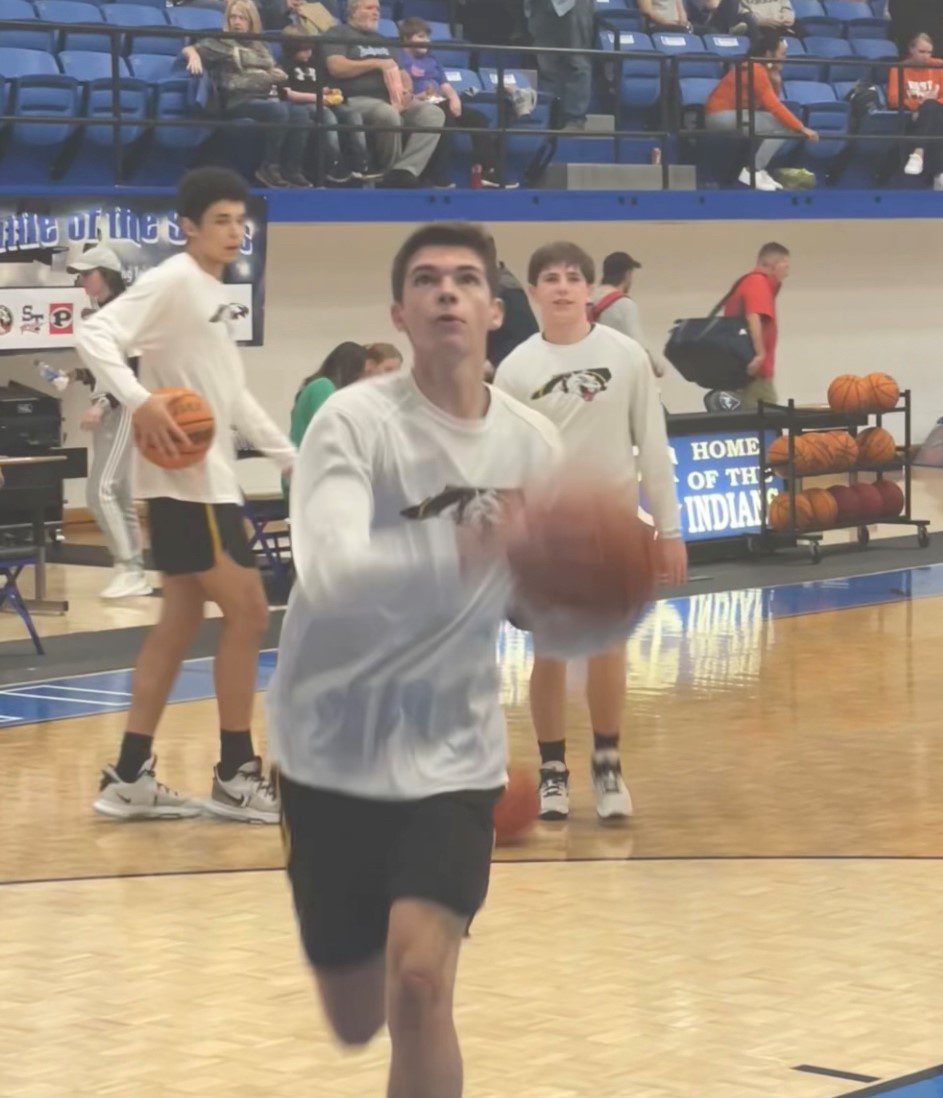 Lady Bulldogs get an Advance to Go and Murphy Boys land on Board Walk owned by Towns County . . .with a Hotel

(Hiawassee, GA) – –  Murphy’s Lady Bulldogs looked prepped and psyched to go for Wednesday night’s game and then it was announced Pendleton (SC) would withdraw from the tournament due to suspected COVID-19 illness with member(s) of its team.  It almost felt like the Murphy walked in the door and drew from Community Chest or Chance and received an Advance to Go.  The Lady Bulldogs receive a bye/forfeit to the Championship Round on Thursday, which has been rescheduled to 6PM.  If the forfeit counts, the Lady Bulldogs should improve to 9-and-2 on the season.

Otherwise, the Murphy Boys came up with bad spots on the board (so to speak) with Battle of the States Basketball Tournament Host, Towns County.  When it came to the officials, the Bulldogs had a few go directly to jail cards, with some intentional fouls and technical that they handed out like candy.  The Bulldogs lost to Towns County 63-to-49 and will fall to 3-and-8 on the season.

Tough night and some bad breaks for the Murphy Bulldogs.  The first period began with a back and forth battle for the ball and leading your team to the paint.  After the first break Towns County led Murphy 6-to-5 and then went on to an 8-to-nothing run to establish the basis of the Indians’ lead.  The second period was frustrating for Murphy to only rack up four points to trail at the half 39-to-11 to Towns County.

The second half seemed to show some promise of Murphy rebuilding its game plan.  Bulldog Post Players Zack Skogen and Dominick Rummler went to work on the boards to pull down the offensive rebounds.  However, the shooting for Murphy, whether it was Dillian Brown launching the 3-pointers or Bulldog Big-Men on the stick-backs, went cold as ice.  During a couple of offensive possessions, Murphy had two possessions where they made 5-to-6 rebounds and could not get the ball to fall through the net.  Frustration factors began to haunt Murphy as the officials handed out a couple of intentional fouls and a technical, one of which disqualified Cole Laney.  The fourth period was the most productive for Murphy as it was able to increase its shooting percentage and hit a majority of foul shots.  One could applaud the Bulldogs maintaining its determination and finishing the drill.  Final score: Towns County 63 Murphy 49.

Health may become a concern for the Bulldogs.  During the tournament, Senior Center Hunter Laney has been nursing a tender ankle and regain his abilities to 100-percent.  During the Towns County game, Payton McCracken was knocked out of bounds and appeared to twist his ankle and left the game to ice it down.  With the possibility to of losing Cole Laney to a technical foul that resulted in an assumed disqualification from the game, the Bulldogs are hemorrhaging its team members.

East Forsyth (GA) is the next opponent for the Murphy Boys Basketball Team.  East Forsyth lost to Rabun County Wednesday afternoon 86-to-67.  The East Forsyth Broncos are dressing out the youngest team in the tournament, with no seniors, nine (9) juniors, a sophomore, and a freshman.  Junior shooting guard Bryce Bracco led the team in scoring with 18 points.  The Broncos had nine (9) 3-point shots made.  It had to rely heavily on the outside shots that Rabun County denied through its Wednesday game.  Murphy will have to watch the outside shot.  Junior Guard Davey Hyams finished with 16 points and three (3) 3-point shots.  After the last game of the night, Towns County High announced the Murphy Bulldogs will face East Forsyth at 4PM on Thursday (12-30-2021) afternoon.