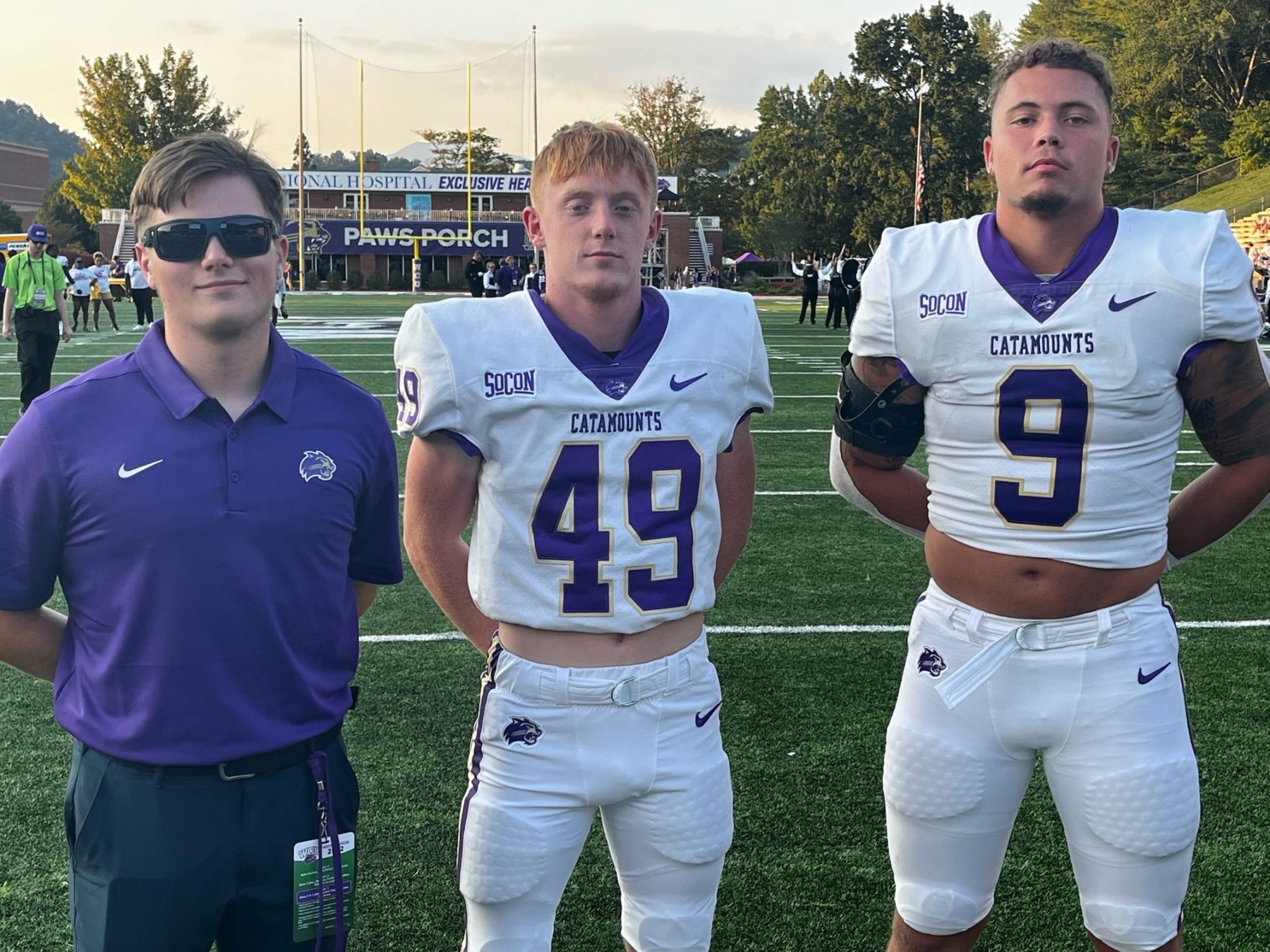 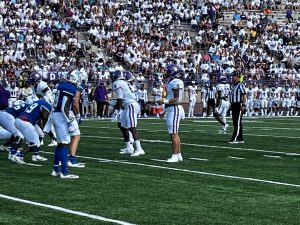 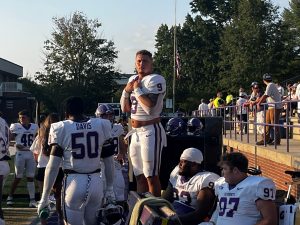 (Cullowhee) – – Late fall 2018 is the last time Western Carolina University (WCU) Red Shirt Sophomore Defensive End Micah Nelson and Freshman Wide Receiver Payton McCracken played with one another on the same football team.  The Murphy Bulldogs were in Durham at Duke University bagging up a gold ring as 1-A State Football Champions.  A few years separate them in age, but they are brothers in life and now as Catamount football players.  Micah has a few more years of eligibility.  Payton is looking to get his name stitched on the back of a jersey and begin his college football career. 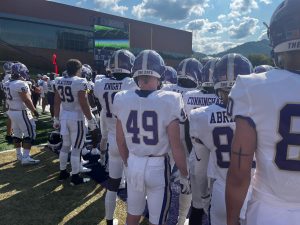 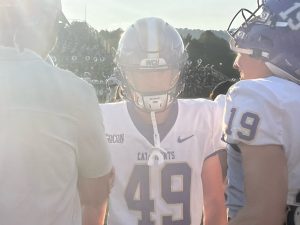 Family is big to Micah and Payton.  After a 77-to-21 thrashing WCU (2-1) laid on the Presbyterian Blue Hose (1-2) in Cullowhee Saturday night (September 17, 2022) it took a moment to get off the field to seek their blood kin waiting with excitement to snap a few pictures.  Payton high-fived every coach and player on the team with the mischievous grin he has nearly trademarked as his own.  Micah stood like a statue proud with his Catamount brethren.  Then it was a parade to hug necks and snap pictures with their kin clad in purple and gold. 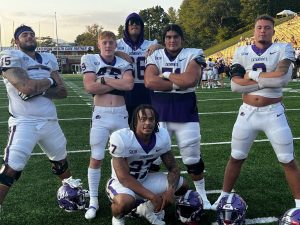 Micah and Payton credit their work to get to the college level at WCU to good work and learning at Murphy High School.  Both led storied high school careers as Bulldogs earning state recognition.  From time to time you can catch a glimpse of Murphy coaches looking on the WCU field.  Head Coach Joseph Watson and Defense Coach Erik Laney played for the Catamounts.  Probably one of the proudest of the Coaches is Union County Panther Defensive Coordinator Thomas Nelson, Micah’s father. 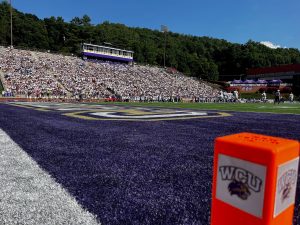 Eyes in the Sky and Waiting in the Wings

Don’t leave out Adam Bobo.  Bobo is a former Murphy Bulldog football player who graduated in 2022.  He is a freshman working with the WCU Media Relations on the football film crew.  It’s a vital part of the football team weekly preparation to record and break down games, practices, and film from the opponents.

J’uan Allen is listed in the WCU Football Media Guide as being part of the team.  Initially there were plans for J’uan to join the track team in the Spring 2023 Track Team season.  Catamount Football has invited him to work and practice with its program in hopes to make him part of the team.  Allen is speculating football and track.  Wish the best for these Bulldogs as Catamounts.

Team FYN Sports is working to spotlight many of the Smoky Mountain Conference athletes who are playing and competing on the collegiate level.  Look for more highlights from our western North Carolina stars making us proud in colleges around the region.