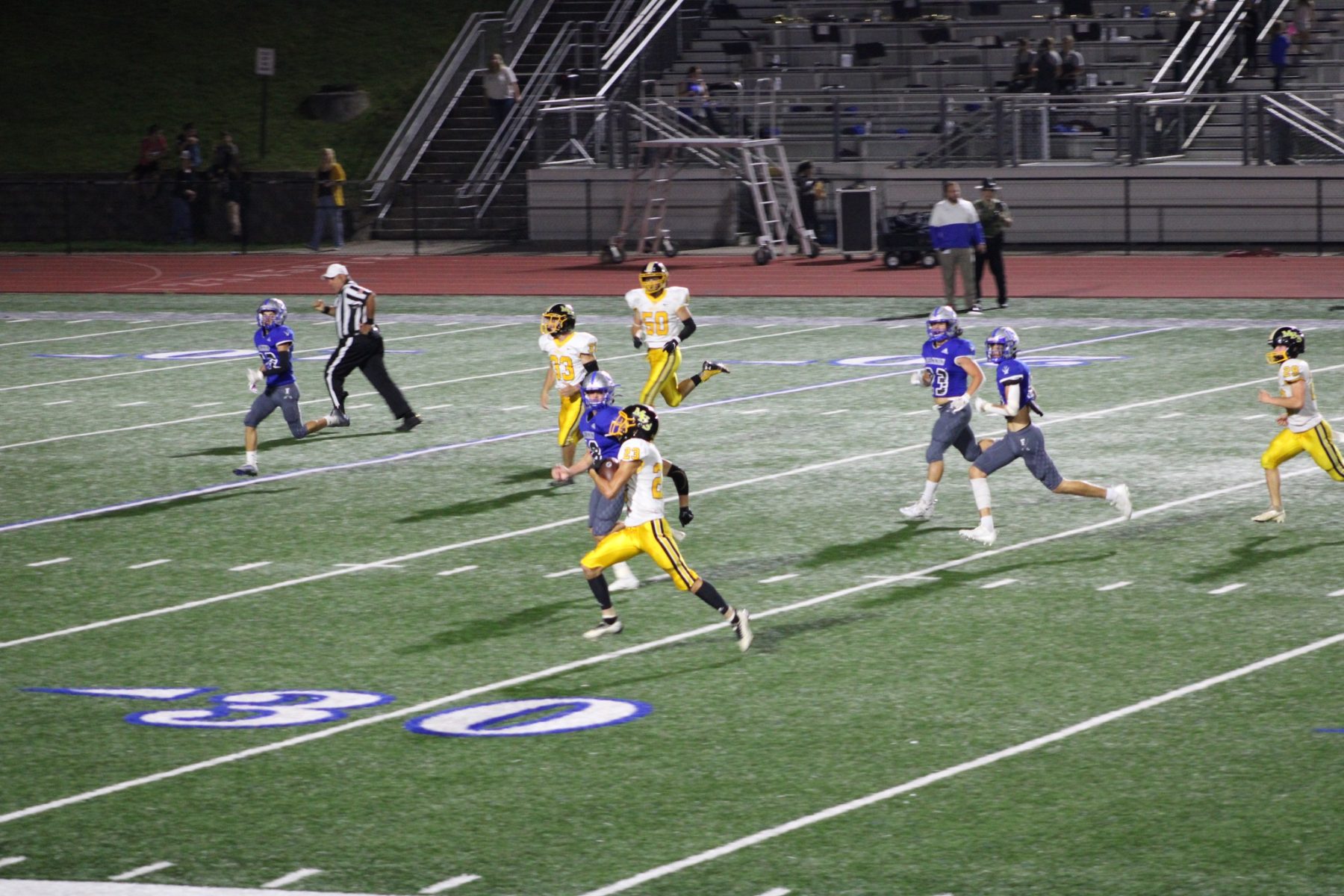 (Murphy) – – The Murphy Bulldogs (2-2) will host New Faith Christian Academy (1-1).  Not much is known about the New Faith Christian Academy Titans on how they operate and what kind of threat they will be to the Bulldogs.  The last game played on record was a 30-to-nothing loss to the Georgia Force Blue Knights.  Georgia Force posted substantial numbers in passing against the Titans with Caleb Fleitz hitting his man 9 out of 21 attempts for 190 yards.  Georgia Force was able exercise 7 different passers on those night passes to rack up four touchdowns.

New Faith Christian Academy will suit up 32 potential players according to the roster it has posted to MaxPreps.  The head coach is Antwann Harris. The school is based in Stockbridge, Georgia and has not posted a full schedule for the season.  The Titans are likely to show a spread offensive look against Murphy on Friday night.  Based on film the defense has been setting up in three-man front and shade on the center with a cover four secondary to protect against the pass.  The Titans may also send secondary men to guard the corners of the line.

Murphy is looking to rebound from last week’s 56-to-30 loss to Fannin County’s Rebels.  The game did not play out to the Bulldogs plan and that means a lot of work to correct its mistakes and miscues this week in practice.  The bright points in that game could be the diligent work of Quarterback Cole Laney who landed 11 of 19 pass attempts for 191 yards and 3 touchdowns plus two interceptions.  Hunter Stalcup continues to crank out the rushing yards with 14 carries for 133 yards.  Cole Laney explains the Bulldogs had a good week of practice and has been working to overcome its mistakes.

Murphy is working to overcome its mistakes and miscues from last week.  Murphy Coach Joseph Watson talks about this week’s work in practice to overcome last week’s loss and get ready for the New Faith Christian Academy Titans.

This week’s game with New Faith Christian Academy and Murphy will take place on Friday night, September 23rd at 7:30PM at Bob Hendrix Stadium/David Gentry Field.  Team FYN Sports will bring you coverage of the game.