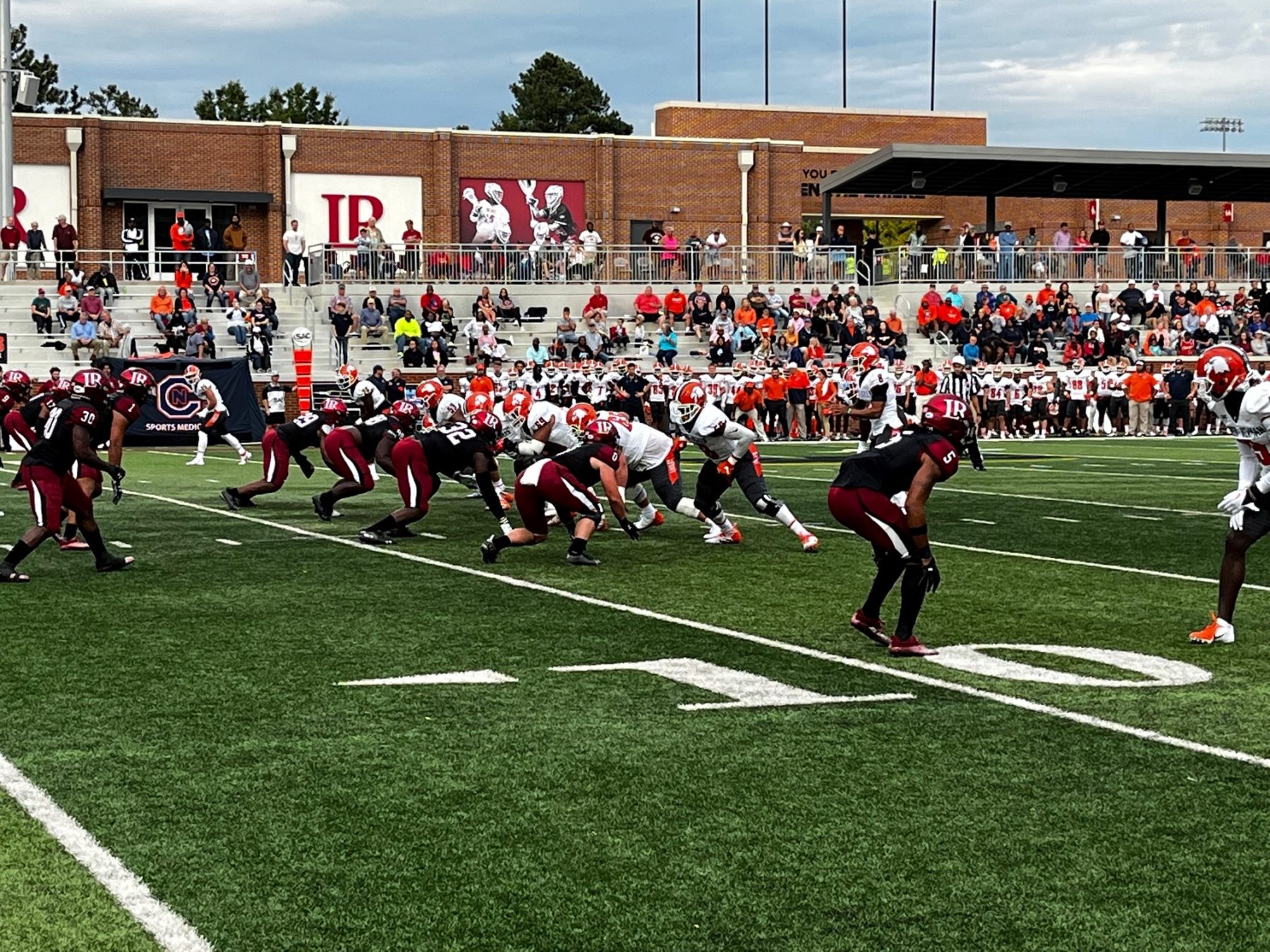 (Hickory) – – They are Maroon Devils, Black Knights, and Braves underneath the Lenoir Rhyne University Dark Cardinal Red and Carson-Newman Orange colors.  Today they are united on the Division II collegiate playing field in Hickory next to the industrial Lenoir community.  Former Swain County stand-out Conor Hyatt is in his junior year academically and a Red Shirt Sophomore on the field.  Robbinsville Black Knight star Rossi Wachacha is a Red Shirt Freshman playing as a defensive lineman for the Lenoir Rhyne University Bears (LR).  Cherokee High former State 1-A Champion Holden Straughan has finished his college playing days and remains at LR as a member of the football operational staff.

Connor Hyatt is an amazing player and student at Carson-Newman.  The Eagles Senior Quarterback Ivan Corbin took the snaps at LR on Saturday, but you could see Hyatt’s 6’3 number 16 standing ready on the sideline for the moment to go into the game.  Hyatt was Swain County’s leading receiver, catching 27 passes for 548 yards and nine scores.  He was an All-Smoky Mountain Conference selection and 1AA All-State choice.  Helped the Maroon Devils to an 11-3 record and the third round of the playoffs.   Connor appeared in all 10 games for Carson-Newman primarily as the team’s holder on PATs and field goals.  A reserve QB, he completed his only pass of the year for 18 yards in the season finale at Tusculum.  Hyatt is a Business Administration major at Carson-Newman. 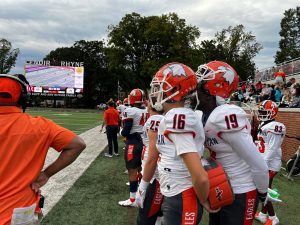 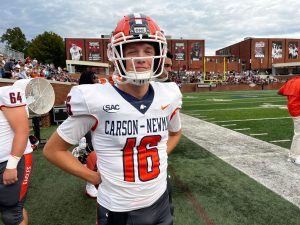 Rossi Wachacha is a large presence on the field for any football team.  Smoky Mountain Conference football teams remember him best as the 6’2 265-pound lineman that could stop sunshine from coming through the line.  Even on the sideline at LR, Rossi eclipses the sunshine on most of his monster-like Bear brothers.  His day is coming for to touch the field as some of the Bear lineman are aging out of the line up for LR.  You can tell the true grit he gained in Graham County has been brought to Hickory.  Rossi Wachacha is a Business Administration major at Lenoir Rhyne University. 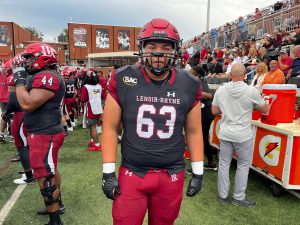 Fall 2017 is a season to remember for the Cherokee Braves.  It was the season they captured the NCHSAA State 1-A Football Championship.  One of the stars of that game is Holden Straughan.  You could tell Holden was destined to play college somewhere and LR snatched him up without much question.  His time at Cherokee High taught him how to fight for the win and bring success to the team.  He took that same spirit to LR.  You can hear teammates like Zeke Nance, current defensive tackle, talking about how Holden fired up the team.  During Holden’s Freshman and Sophomore years at LR, the team won conference championship and deep in the national play offs  reaching the regional final to lose to Valdosta.  Straughn’s and Nance’s families still get together and tailgate cheering on the LR in the Bear Club lot and shake the Cardinal Red pom poms.  Straughan currently works with LR’s football operations.  Holden will graduate in 2023 with a double major in Marketing and Sports Management.

Lenoir Rhyne University defeated Carson-Newman 34-to-13.  It’s one of the bigger rival games in the region. 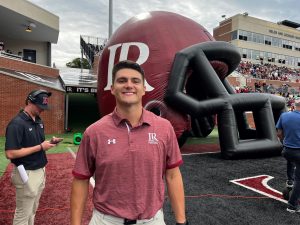 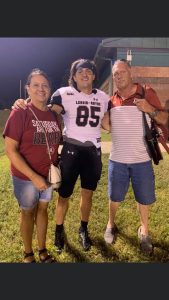 Team FYN Sports is working to spotlight many of the Smoky Mountain Conference athletes who are playing and competing on the collegiate level.  Look for more highlights from our western North Carolina stars making us proud in colleges around the region.