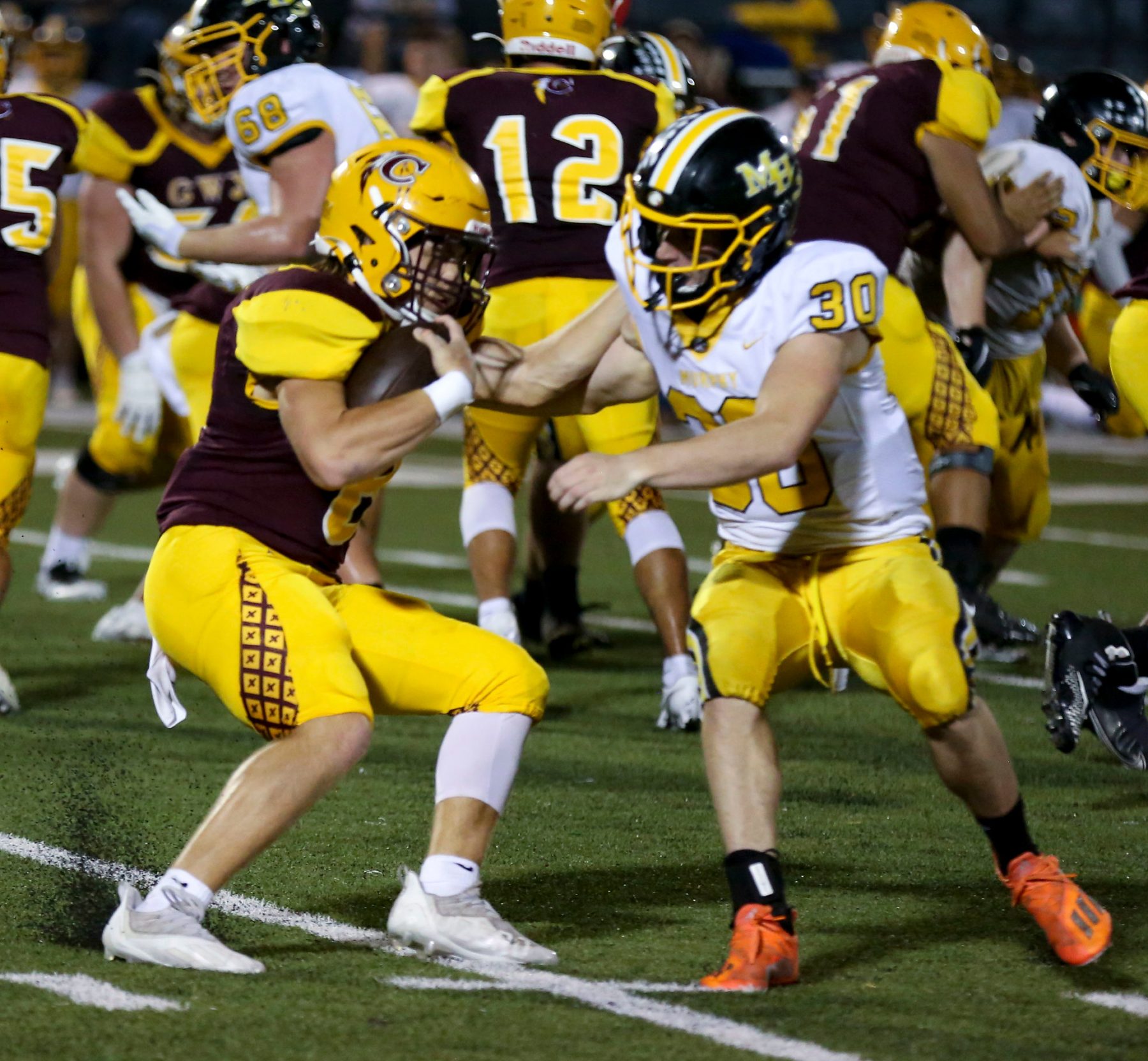 (Murphy) – – The complete name for Cherokee Brave’s Quarterback is A-Ne-Tso-Sgi (Ah-Nay-Zo-Shgee) which means Ball Player.  Cherokee Stickball Players and medicine men used this term generally to describe “ball players.”  The name shortened down version to Tso is really an accurate and clever way to describe Kaden Smith.  This talented Ball Player has been a great leader for the Cherokee Braves (1-4) this season and working to build on the legacy left behind by 2021 play-maker Donald Bradley. Tso Smith is not the only player to worry about with the Cherokee Braves.  Making their way up the field are rush leaders Chase Calhoun, Michael Driver, and a little help from Senior Xavier Otter (Editor’s note:  just a cool name to have on a football team).

The counters and power rush plays are the bread and butter plays for the Cherokee Braves.  At this stage of the season when you cross over to the Smoky Mountain Conference teams, we can really use this script to describe about ever team from Cherokee to Murphy and Robbinsville to Hayesville because they too will drive the ball down your throat on powers, counters, and the occasional buck sweep.  Chase Calhoun and Michael Driver have taken the Braves places on their rush efforts.  Chase Calhoun has rushed 400 yards on 74 carries and half a dozen touchdowns.  Right behind him is Tso Smith with 55 carries and 310 yards and a touchdown.  Driver and Calhoun are averaging 4 and 6 yards per carry on their rushing attempts, respectively.  Because of these efforts, the Braves have not really been out of any of the four losses they have suffered this season. 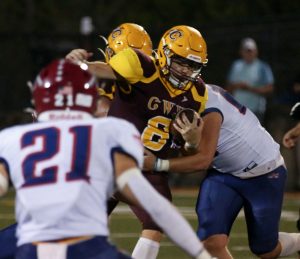 Cherokee is always ready to toss surprise to its opponents, which is where the Ball Player (A-Ne-Tso-Sgi) comes into play. The Braves will keep you honest with a good pass or bootleg play.  Murphy defenders will need to really read the keys well and watch for Tso Smith.  The play may be set and ready to go and by surprise Tso will swing out in a play action and launch a good swing or screen pass to burn unsuspecting defenses.  Also watch for number #12 (Ta-li-du or pronounced Tah-lee-du in Cherokee for the number 12) to step out to run a play or two, which will gain good yardage.  The greatest challenge the Braves have had this season is taking care of the ball.  When Cherokee executes, it is a dangerous offensive force.  The Braves have heard “(u)-wo-ye-(ni) (Cherokee for foul or flag) too much this season which has erased some good efforts.

The Cherokee defense is remarkably similar to what Murphy saw during the Franklin game.  Cherokee has a good-sized linemen, which are averaging 250 pounds at each position, and they are very agile, mobile, and hostile.  Linebacker Luke Climbingbear will eat you alive on the run.  He gets about 10 solo tackles per game.  The Braves will take most of the offensive players and flip them over to defense.  The secondary is made up of Driver, Smith, and Kaden Trantham, who have good speed and keen instincts to pick off a pass.  Cherokee will shade on the center with Adam Panther and Kenson Davis, who may have a few college looks.

The Murphy Bulldogs are building its chemistry back with a few fresh faces like Jonah Hedden and Trenton Russell working in the offensive secondary to carry the ball opposite John Ledford and Hunter Stalcup.  Hunter is still doing magnificent work for Murphy to make things happen.  With almost 500 yards rushing on 54 carries and 7 touchdowns, which will prompt Cherokee to zero in on the Bulldog wearing #28.  The Murphy defense will need to continue to call on Mason Thrasher and company to keep the Braves points off the board.  Murphy is continuing to build on its work since coming off the 42-to-nothing win last week and a short week of practice according to Bulldog Quarterback Cole Laney.

The short week of practice has been good for the Bulldogs and the win last week has helped rebuild the Bulldogs.  A new effort is needed from Murphy as it rounds the corner and enters Smoky Mountain Conference play says Bulldog Head Football Coach Joseph Watson.

Stay connected to Team FYN Sports for coverage of the Murphy Bulldogs and Cherokee Braves ~ Sgi!