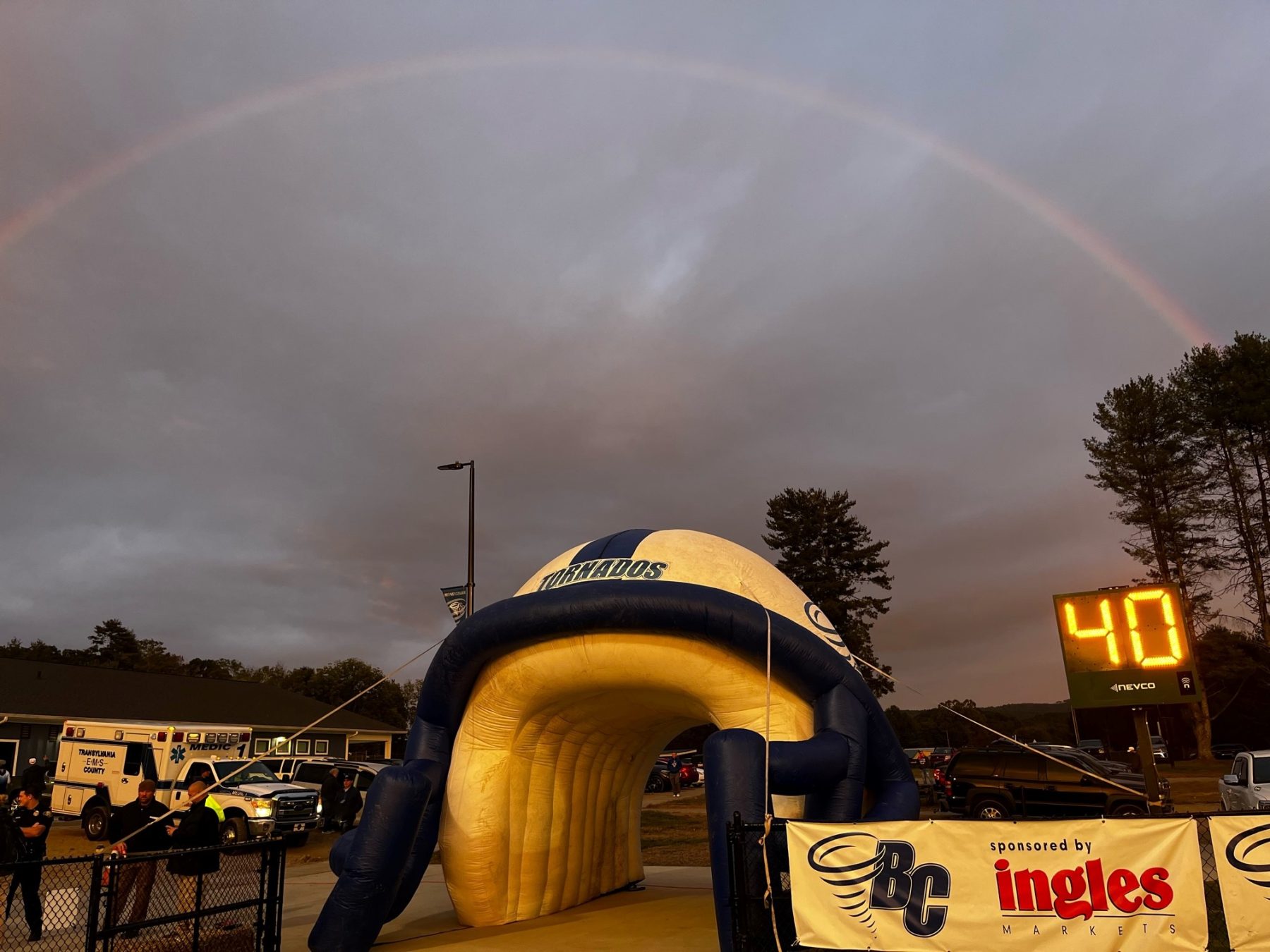 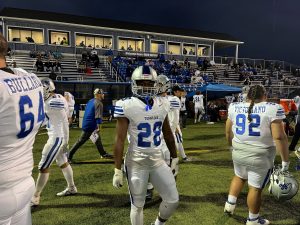 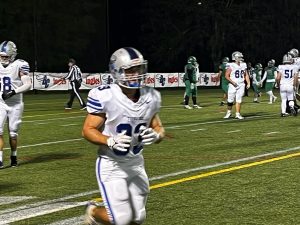 (Brevard) – – White squirrels are a protected animal especially in Brevard, North Carolina because it is rare to see them, and they are more agile than most in their animal family.  It is not strange then to see two rare specimen of a kindred kingdom of football players unite in a town that celebrates rare and beloved beings that have unique skill.  Football standouts Devonte Murray from Murphy High and Smoky Mountain High giant Dustin Stephens are two “white squirrels” that have suited up with Brevard College’s Tornado football team (1-3 and 1-0 Conference).  Nestled among the trees in the mountains and valleys of Transylvania they cut a trail on the gridiron on Saturdays blazing a path for Brevard to put points on the board.

Devonte Murray is in his Junior year at Brevard College.  The last two seasons he has been working his way onto the depth chart as a Running Back for the Tornados.  Due to Hurricane/Tropical Storm Ian, a rare Friday night game was scheduled with Greensboro College.  Devonte helped Murphy get a 1-A State Football Championship in 2018.  When asked if he is touching the field, he said, “Yes.  They have talked about letting me run the ball, but mostly I block for the runner.”  He does that job well reaching out to the lineman’s’ shoulder and leading Running Back Mitchell Yoder to successful run patterns, just like former legendary Coach David Gentry and others like new Head Coach Jospeh Watson and Union Coach Thomas Nelson taught him.  One character trait Devonte told me was he has never fogot his Murphy coaches telling him “Finish the Drill,” which he draws on while being in Brevard and his studies.  During his time at Murphy, Murray had 3,547 yards rushing on 361 carries and scored 55 touchdowns.  It’s little wonder Brevard College wanted this rare squirrel.  There is little similarity to his style of run when he wore a Bulldog uniform. Devonte is a Criminal Justice major at Brevard College. 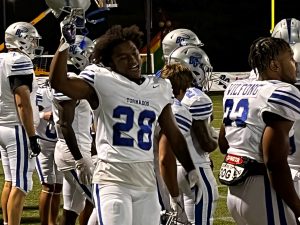 How good is life for Devonte in college and twisting the weekend away like a Tornado for Brevard?  He has fallen into a good life of Division III college football with his Brevard College football brothers.

Only God and wild beasts could stop the galloping sprint that used to be the glorious site Mustang fans saw on Autumn Friday nights when Dustin Stephens played for Smoky Mountain.  Now transferred to Brevard College, Stephens is dialed into being a Tornado.  Friday night with his father Eddie and mother Tammy looking on and battling the rain from Tropical Storm Ian, Dustin got to run the ball a couple of times for the Tornados.  During his time at SMH, Stephens scored 246 points (8.5 points per game), 41 touchdowns, ran 2,372 yards, and 1,312 yards receiving to get 41 touchdown.  Dustin started his college football career at North Georgia University and recently transferred to Brevard College.  Dustin is considering a Business Administration or Leadership at Breavard College. 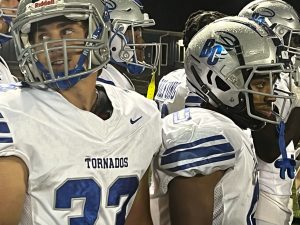 Dustin Stephens, like Devonte, has fallen into a good life at Brevard College.  The gritty football he learned in Sylva has served him well to make a storm on the field of college football. 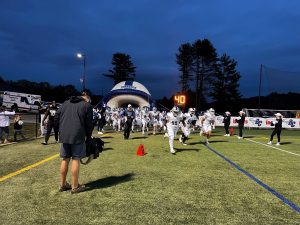