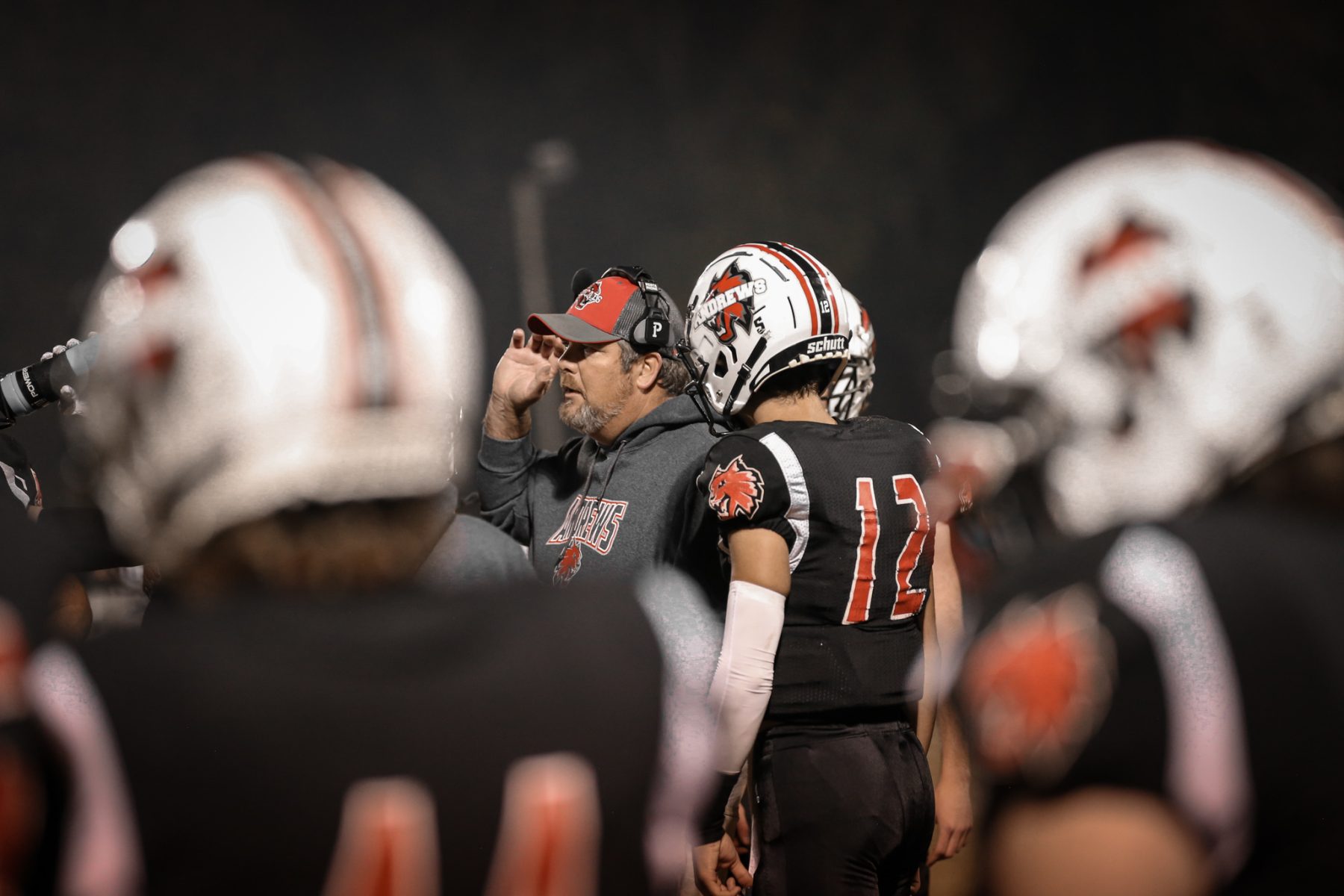 Shoutout Haley’s Photography for the pictures. Support her and what she does for our young athletes, book a Fall session with her now!

Andrews, NC- The Wildcats came out with a chip on their shoulder Friday night as they took the field across from Swain County. The Maroon Devils man-handled the Cats in last year’s contest, leaving a bad taste in the mouths of this Senior-laden Andrews team.

With Swain County coming off of a close loss to Robbinsville in the previous week, many thought Andrews would have their work cut out for them against a stout Maroon Devil defensive front that was allowing less than 95 rushing yards per game up to this point.

The Wildcats knew they had to make a statement, and boy did they. 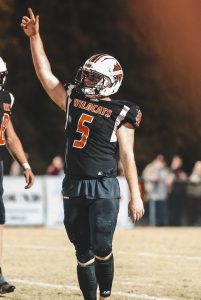 Austin Martin, Isaac Weaver, Eli Aguilar, and Donovan Bateman ran the ball straight into the teeth of the Swain County defense, and the Maroon Machine had no answer. They nearly tripled the rushing total that Swain had been allowing through 6 games this year. 4 rushing touchdowns and an interception returned for a TD later, the Wildcats had finally avenged last season’s loss to the Maroon Devils with a 33-7 thrashing and are now sitting at 7-0 on the year.

Friday night was a nice victory for the Cats, but they say they’re still working to get better.

We just know every week we’ve got to come out and do our job. We knew getting into conference play that there weren’t going to be any easy games, so we’ve really gotta execute well each week and just do what we do. We’ve gotta stay working. You can never get too happy. We’re always looking for that next win.

While there’s still a long way to go and it’s obvious these guys aren’t satisfied yet, Sunday morning the Wildcat faithful woke up to something they’d never seen on a smart phone before.

Andrews at the top of the standings in 1A football in the state of North Carolina. 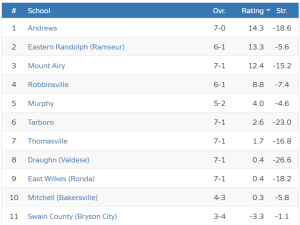 It’s been a long time coming for the small town of Andrews, and no one deserves it more than this group of kids.

Every week, people still question “just how good” Andrews is, and every week they come out and show you. This team is the real deal, and they’ve put the rest of the SMC (and the entire state) on notice. Like Isaac said, there’s still a long way to go and the Cat’s aren’t finished yet. But Valleytown is smiling a little brighter this week.