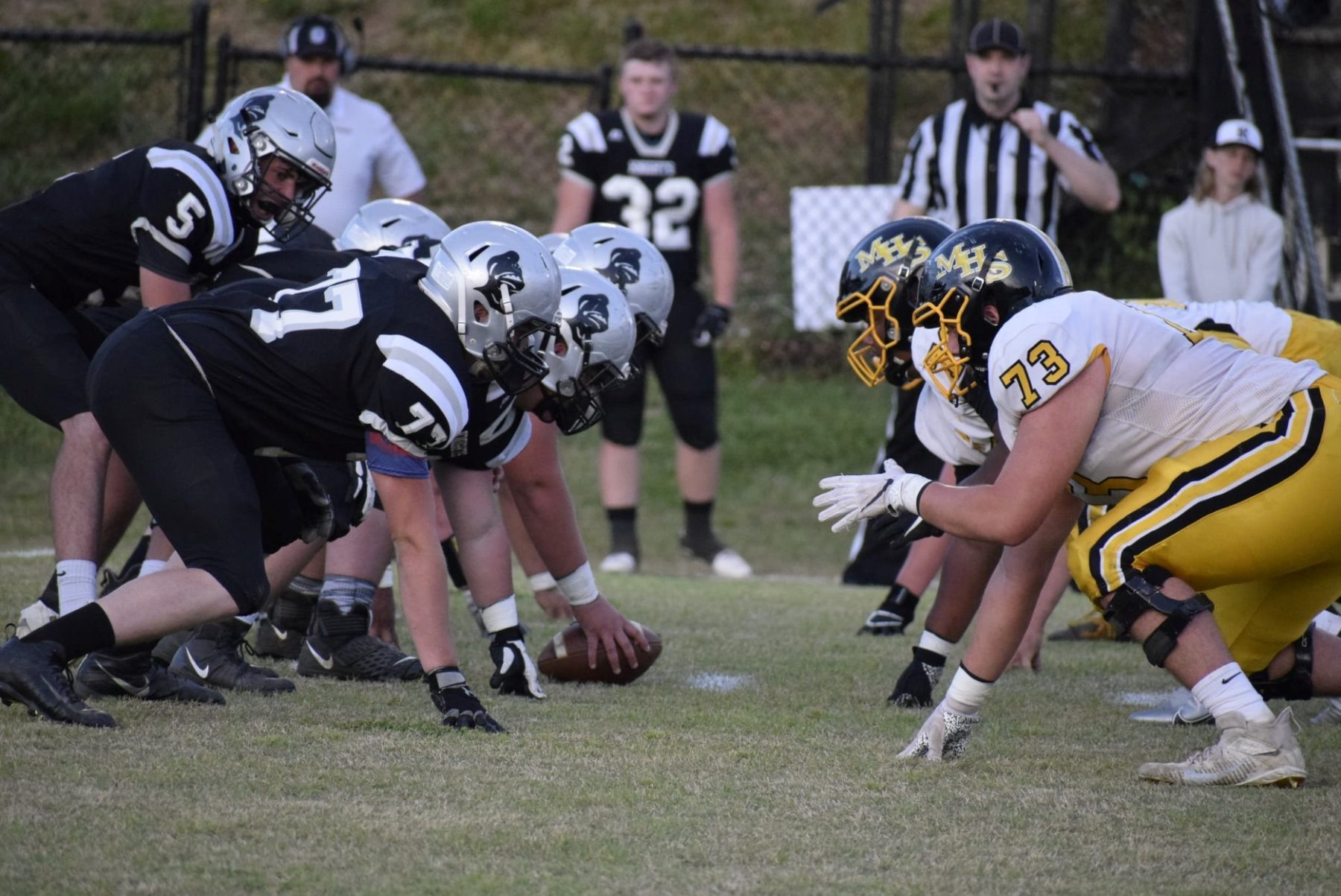 We Have the Key to Finding a Winner

(Robbinsville) – – The task of picking a winner in this game is easier if you go to a convenience store in Robbinsville and Murphy to buy a $425.3 Million-dollar winning power ball ticket like I did.  Select number 2, 4, 6, 14, 20, and 28 and buy an even number in both locations and hope for the best.  If those numbers don’t register, they correspond to Brock Adams, Cuttler Adams, Bryce Adams, Cole Laney, John Ledford, and Hunter Stalcup.  By the standards of Robbinsville (6-1, 2-0) and Murphy (5-2, 2-0) those are winning numbers carrying the Black Knights and Bulldogs to touchdowns and fan-thrilling plays.  The actual winner will need more than statistician projected luck, and more like sheer strength and know-how in the trenches.  Stand by and wait for the team to emerge with more points to win the game, a better way to guess.  Knowing that outcome is probably worth more than $425 Million or will feel like having a jackpot.

Cuttler Adams is a sure bet to watch for the Robbinsville Black Knights.  He has been the king of the field eclipsing the offensive showing for many regional rushers with 1,200 yards on about 150 carries averaging 8 yards per play and 175 yards per game.  Cuttler ranks #13 on MaxPreps ranking for state rushers.  It stands to reason the power runs and misdirecting jet sweeps will be a common theme for the Robbinsville Black Knights to make it to touchdown town on Friday night.  Big guys like Lawson Roberts and Koleson Dooley have opened the hole really well for the trap but watch a run to weak side with Carlos Lopez and Haden Key for Adams to make magic happen.

Bryce Adams has moved to Quarterback for the Black Knights after last week’s injury to Donovan Carpenter sidelined him.  Careful to keep your Adams players in order because the 6’4 sophomore replacement QB has the tools to rifle a pass to Senior Receiver Brock Adams and Carson Lovin and pose a threat to defenders.  The thought of Carpenter going out probably had several arm-chair coaches wondering if this would hamper the Black Knights.  Robbinsville reached into its arsenal of players and went next man up and watched its offensive motion continue with untrammeled ability.  The passing game has been the secret show-stopping threat rarely seen by Robbinsville until it faces Murphy.  It brought Black Knight fans to their feet last year and in the early game in the 2021 spring game.  Keep an eye out for the threat coming from Bryce Adams and watch your assignments on defense.

The beat goes on for the Murphy Bulldogs after it suffered the loss of star Running Back Ty Laney and Tight End/Receiver Will Johnson, who have doubled as player-coaches for the team.  Junior Running Back Hunter Stalcup, who ranks #14 right behind Cuttler Adams, is burning up the field to take the ball into the end zone.  Hunter is a man to watch with a few less yards than his Black Knight counterpart at 842 on the season through 91 carries, and almost 10 yards per carry and 12 touchdowns on the season.  The number of carries and yards is not the key, rather the results of making touchdowns and first downs for the Bulldogs.  An obvious scheme is to stop Hunter Stalcup.

Murphy is working on the passing game and leadership has taken notice of Quarterback Cole Laney and Receivers Cameron Grooms, Dozer Mashburn, and Dominick Rummler to make plays happen, even getting to touchdown town.  Laney has been hitting more than 50 percent of his passes and connected on more than a dozen passes to score.  A universal truth to this game will be that Murphy has a good passing game that can execute.  The key will be watching for the ensuing Black Knight secondary defenders like Brock Adams, Bryce Adams, Cuttler Adams, and Carson Lovin that can break up if not intercept.

This week’s game presents a steep level of talent and sheer skill from Robbinsville.  Murphy has to work on eliminating the 15 penalties that backed it up for 135 yards and cost it multiple touchdowns last week at Hayesville.  Robbinsville will sop those errors up with a biscuit and ask for seconds as it goes for a touchdown.  Murphy will need to see more from its men on the line like Mason Thrasher who led the team in tackles for loss last week.  Junior Lineman Ricky Queen says the game may be won in the trenches.

Reducing the mistakes and getting the game plan down has definitely been the focus for the Bulldogs says Senior Quarterback Cole Laney.

Whatever the numbers you select in the Power Ball, if you play, the winning ticket for this game may include a 2, 4, 6, 14, 20, and 28.  Murphy Head Football Coach Joseph Watson says this week has been a daily routine of eliminating the mistakes from the Hayesville game; placing focus on strengths for the Bulldogs; and getting ready for the best game in the region.

The rivalry history of this game makes this meeting so interesting and bitter-sweet for fans, past players, and football enthusiasts all over western North Carolina.  The overall series in the Robbinsville-Murphy series dating back to the 1960s is held by Murphy.  During more recent times the Black Knights have the upper hand over the Bulldogs.  During the last decade Robbinsville has a 9-8 winning mark over the Bulldogs; a victory 9 of the last 15 games; and 5 wins out of the last 6 games.  A few years ago, Robbinsville stymied Murphy in the short 2021 spring regular season and then lost the regional final where the Bulldogs rolled into Raleigh to collect a state championship.  Thirty years ago Murphy was held from state play-off participation in a season where it shut out Robbinsville, who claimed the 1-A crown in Chapel Hill.  Little twists in the series history have Black Knights and Bulldogs eating briars and “spitting” thorns to win this game.  Regardless of the series, it’s always exciting to see these two high school football titans come together in Robbinsville or Murphy.

Stay connected to Team FYN Sports and its Facebook page for coverage of this game.  Kick off is at 7:30 PM at Big Oaks Stadium in Robbinsville on Friday night (October 14, 2022).