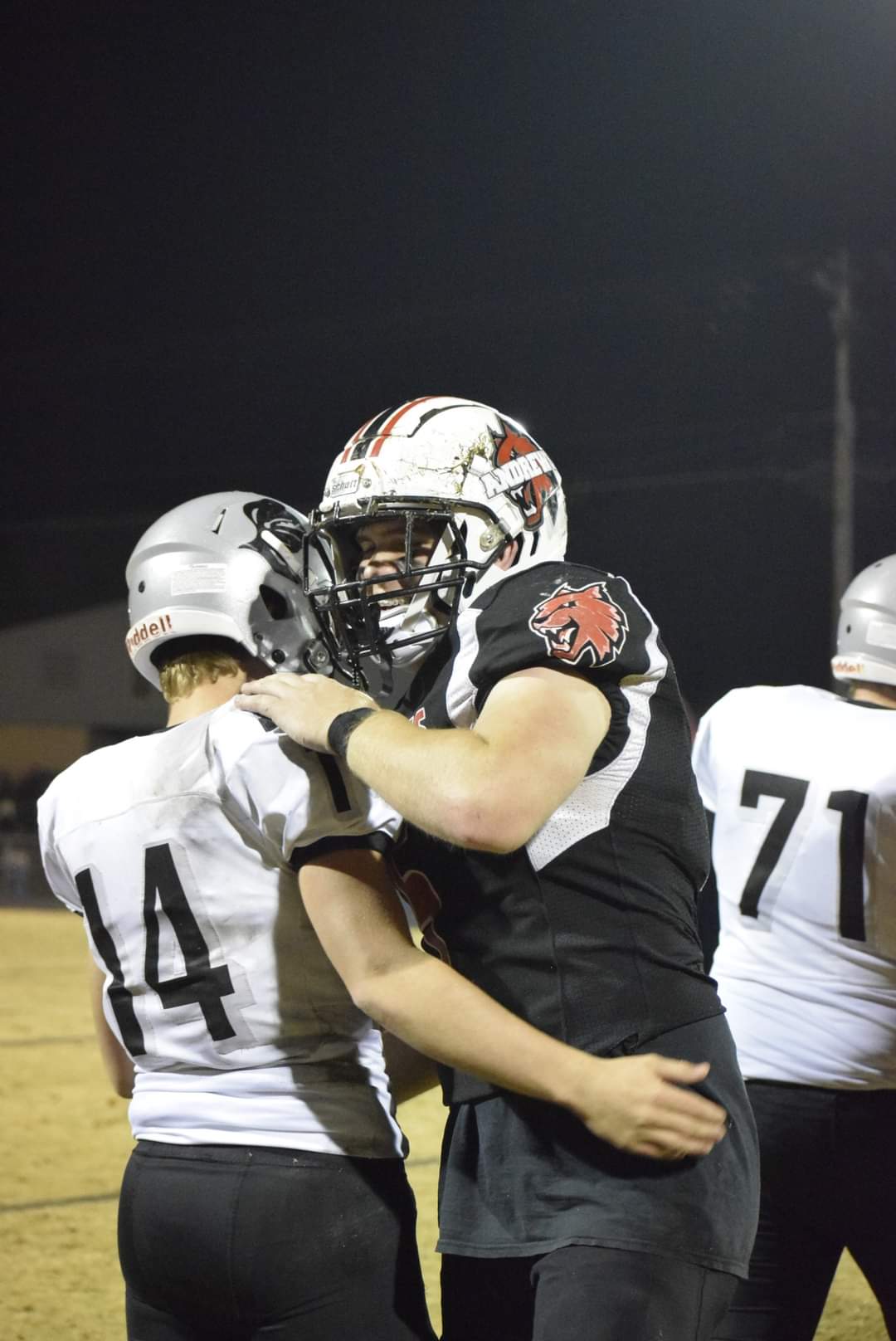 Andrews, Nc- It’s been a long time coming, but the Andrews Wildcats will be playing for a Smoky Mountain Conference Championship this Friday night at David Gentry Field in Murphy.

Their last stepping stone to get to the title game was a heavy weight bout vs Robbinsville in which the Cats took care of business as they dropped the Knights by a score of 28-12.

The statistical box score is incomplete for the Wildcats, but its clear that their defense deserves the recognition as they held Robbinsville to just 189 yards of offense. The Wildcat’s defense was able to get in on the scoring as they were able to pick off Bryce Adams for a Pick 6. QB Donovan Bateman had a solid outing as he was 9/13 for 169 yards and a touchdown. RB Austin Martin also had a good game as he ran for 77 yards on 19 carries and a touchdown.

As for Robbinsville, their offense never got going in this one. Bryce Adams and Roman Jones combined for just 21 passing yards. Cuttler Adams had a solid showing with 155 yards on 16 carries and was able to score both of the Knights touchdowns. Cuttler Adams also was tied for the team lead with 11 tackles.

As mentioned, the Wildcats will have a shot at an undefeated regular season and a conference title next week as they travel to Murphy to take on the Bulldogs. As for the Knights, they will travel to Hayesville to take on the 5-4 (1-3) Yellowjackets, as Robbinsville looks to finish third in the conference.