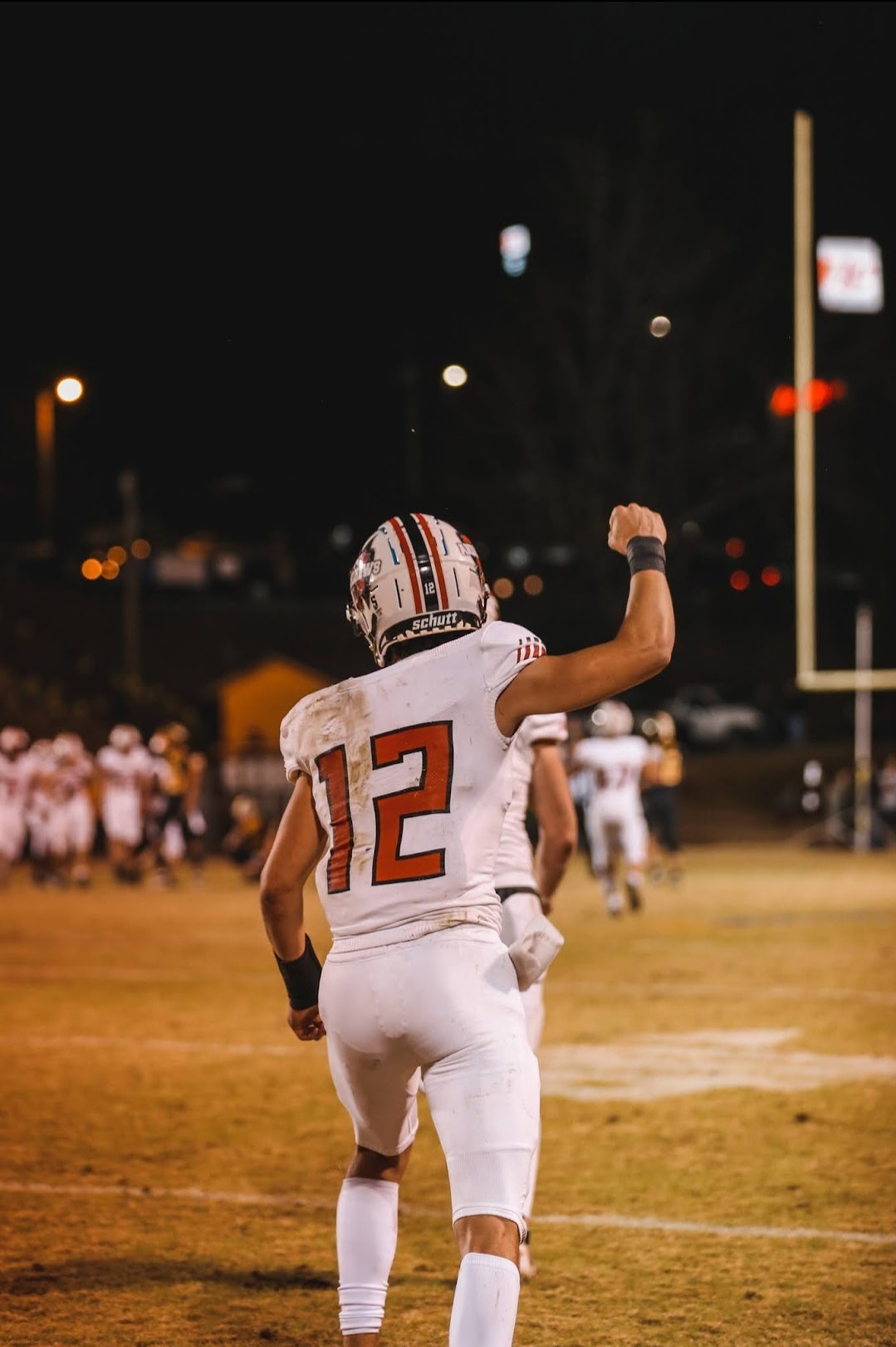 Smoky Mountain Conference- All 6 teams in the SMC are playoff bound, with 5 of the 6 hosting home playoff games this Friday. Let’s take a look at these matchups and see which teams have the best chance to make it to round two.

Playoff Outlook- The only unbeaten team in all of 1A football, the Andrews Wildcats somehow were shafted into the 2 seed behind Eastern Randolph. Nonetheless, the Wildcats have a pretty favorable (or at least familiar?) quadrant of the bracket in this year’s playoffs. The Wildcats will be guaranteed home-field advantage for 4 out of the 5 rounds before the State Championship game, starting this Friday night vs Highland Tech. If they can skirt through the first two rounds, things will get interesting for the Cats, as they could start seeing some familiar faces. If all things go well for both teams, we should see a rematch of the SMC championship game in round three as the Murphy Bulldogs would come to Valley Town for the first time in recent memory in the playoffs. The winner of the potential Andrews-Murphy game could go on to face another familiar opponent in the Mitchell Mountaineers.

While the Wildcats surely don’t have the smoothest path to the state championship, they will leave no doubt in anyone’s mind that they are the top team in the West if they can make it there.

First Round vs Highland Tech- Highland Tech will come into Friday night’s contest as the 31st and final team to accept their 2022 playoff bid. The Rams have yet to win a game this season and are a complete opposite reflection of the Wildcats as they sit at 0-10 on the year. The Rams will be led by Seniors Kamari Sheppard and Camron Newman out of the backfield, but I doubt either will be able to get much going vs the Andrews D the smothered Murphy in last week’s contest. Highland Tech has scored a total of 48 points over 10 games this year, while Andrews has scored 40 or more in 8 of their ten games this year.

Look for the Andrews starters to get pulled early, as the final score to this one will be whatever James Phillips and company want it to be.

Playoff Outlook- Last week’s home loss to Swain hurt the Brave’s chances of hosting a playoff game significantly, and now they find themselves having to go on the road for round one. If the Braves can pull off the round one upset, however, things could get interesting in round 2 as they would head to Big Oaks stadium to face the Robbinsville Black Knights.

First Round vs Starmount- Cherokee will face a tough, but beatable, Starmount Rams team on the road in round one of the NCHSAA State Playoffs. Being on the road will make it tougher for the Braves to pull off the upset, but if they can establish that run game and Tso Smith plays like he has the previous three outings, then the Braves just might come home victorious. Their sloppy play through the first few weeks of the season put them behind the eight-ball in terms of playoff seeding, but there are definitely worse spots to be in. The Braves D Line will be put to the test as they go up against Starmount’s 1500-yard rusher in Zack Dezern. The Rams are 1-2 however in games where Dezern has been held under 100 rushing yards, so if Luke Climbingbear and Xavier Otter can stand tall then Cherokee should be in this game for all 48 minutes. 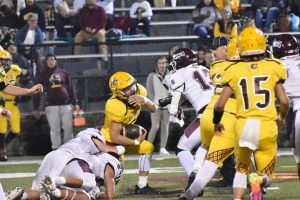 Playoff Outlook- The Yellow Jackets will be hosting a home playoff game for the first time since 2019, and will look to secure their first playoff victory since 2016. Their stellar start to the season along with their road win over Swain County gave the Jackets the number 12 seed in the NCHSAA Playoffs. The Jackets have a very favorable bracket quadrant, and I could see them advancing to round three if they play well. Round one will be against a decent Alleghany team, and if things go well in that one they will travel to perhaps the most overrated top 5 seed, Christ The King (that is if the Crusaders make it out of round 1). CTK is 8 and 2 overall, but they haven’t looked very special this year as they play in a very soft football conference.

First Round vs Alleghany- As mentioned earlier, Hayesville is looking at a chance to get a playoff win for the first time since 2016, and I believe they will do just that. Alleghany comes into Friday night’s matchup as the 21 seed and 3-7 overall. Their most impressive outing of the season actually came in a loss vs Starmount where they held the Rams to only 14 points but were unable to find the endzone offensively. The Trojans are getting outscored by opponents 279-194, and with the way the Hayesville D has played this year, I think the Jackets should be favored in this matchup. They will however have to keep their eyes on the Trojan’s two-headed monster in the backfield, as Junior running back Lemasters and Proffit have accrued over 1500 rushing yards between the two.

Playoff Outlook- Last week’s loss to Andrews didn’t do the Bulldogs any favors when it comes to playoff seeding, but luckily for the Dogs if they’re able to get things rolling they should see the first three playoff games pretty close to home. Rounds 1 and 2 will be at home for sure, and round three looks like it will shape up to be just a 15-minute drive down the road to Andrews where the Dogs could avenge last week’s loss to the Cats. Round one will be against a familiar playoff opponent for the Dogs over the years in the Albemarle Bulldogs, while round two will be against a tough East Wilkes team. That possible third-round matchup with Andrews will be on everyone’s mind, but the Dogs will have to stay focused in order to get there as their projected second-round opponent is no slouch.

First Round vs Albemarle- Murphy and Albemarle have had some instant classic games over the previous 10-15 years. Both Dogs have knocked the other out of the playoffs and kept them from adding to their state championship total. This year’s matchup could be another good one, depending on which team shows up. For Albemarle, just like Murphy, this year has been one of ups and downs. In the opening game of the season, Albemarle impressively held now 9-1 Thomasville to only 14 points in a game where they lost 14-0, then turned around and lost four of their next five games. The 26-seeded Bulldogs come into the game vs the 7-seeded Murphy Bulldogs with a 3 and 7 overall record, but they’ve got some playmakers on both sides of the ball. The Murphy defensive secondary will be tested, as Albemarle has thrown for over 1500 yards on the year. On the offensive side of the ball for Murphy, all eyes will be on QB Cole Laney. Laney will be pressured all night by an Albemarle defense that has 18 sacks so far this year, so it will be interesting to see how Cole and the offensive line rebounds from last week’s performance. 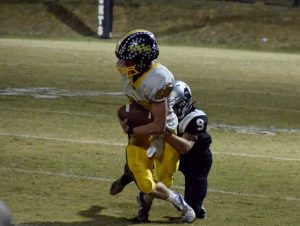 Playoff Outlook- The Black Knights win on the road over Hayesville last week earned them the number eight seed in the 1A state playoffs. If they want to make a run at another Western Regional championship game, they’ll have some pretty tough matchups along the way. Round one will open up at home vs Cherryville, and round two will see either the Cherokee Braves or the Starmount Rams come to town. Then, things will get difficult for the Knights. In round three they will have to go on the road to face #1 overall seed Eastern Randolph, which will be one of the longest bus rides any team will have to make the playoffs. If the Knights are able to get past ER, they will then have to travel to Mount Airy the next week to face the Granite Bears, just to have a chance at playing in the Western Regional title game. The Knights are no stranger to tough playoff runs, however, and who’s to say they can’t do it again?

First Round vs Cherryville- The Cherryville Ironmen will come into Big Oaks Stadium on Friday night boasting a 3-7 overall record. The Ironmen have been less than impressive this year, having lost 6 of their last 7 games, including a 38-0 loss to East Gaston (a team who fellow SMC member Cherokee held to just 13 points). Cherryville does not have any stats listed on MaxPreps, so it’s hard to get a read on the type of team they are, but one thing is for certain: They give up a ton of points. The Ironmen are giving up an average of 35 points per game this year and gave up over 200 yards on the ground in their last time out on the field. Cuttler Adams should have a field day in this one.

Playoff Outlook-During halftime of last week’s game vs Cherokee it was looking like the Maroon Devils would go winless in conference play for the first time in forever. 24 minutes later, Swain County was able to pull out the win and found themselves hosting a home playoff game in Bryson City. The tradition and history of Swain County at home in the playoffs is something that can not go unnoticed, and the Maroon Devils will look to continue that winning tradition this year. As far as their seeding is concerned, I think realistically we could see the Maroon Devils in round three. They’ll have to fight through a scrappy Winston-Salem Prep team and a tough Thomasville team to get there, but all in all the Maroon Devils got a pretty good draw, considering it looked like they were going to end the year with a 6 game-losing skid.

First Round vs Winston Salem Prep- The Phoenix are no stranger to SMC teams as this makes the third year in a row they will face someone from our conference in the playoffs. This year, their resume is not one to write home about. While they do have three wins on the year, their losses have been pretty bad ones. They are not a team that can score a lot of points offensively as we have seen in the past (definitely not the same team that put up 40 points on Robbinsville in 2020), and that bodes well for Swain who has had their own struggles on the offensive side of the ball this year. If Reese Winchester can play mistake-free football like he did last week and the Maroon Machine can stay away from the turnover bug, then they should roll in this one.