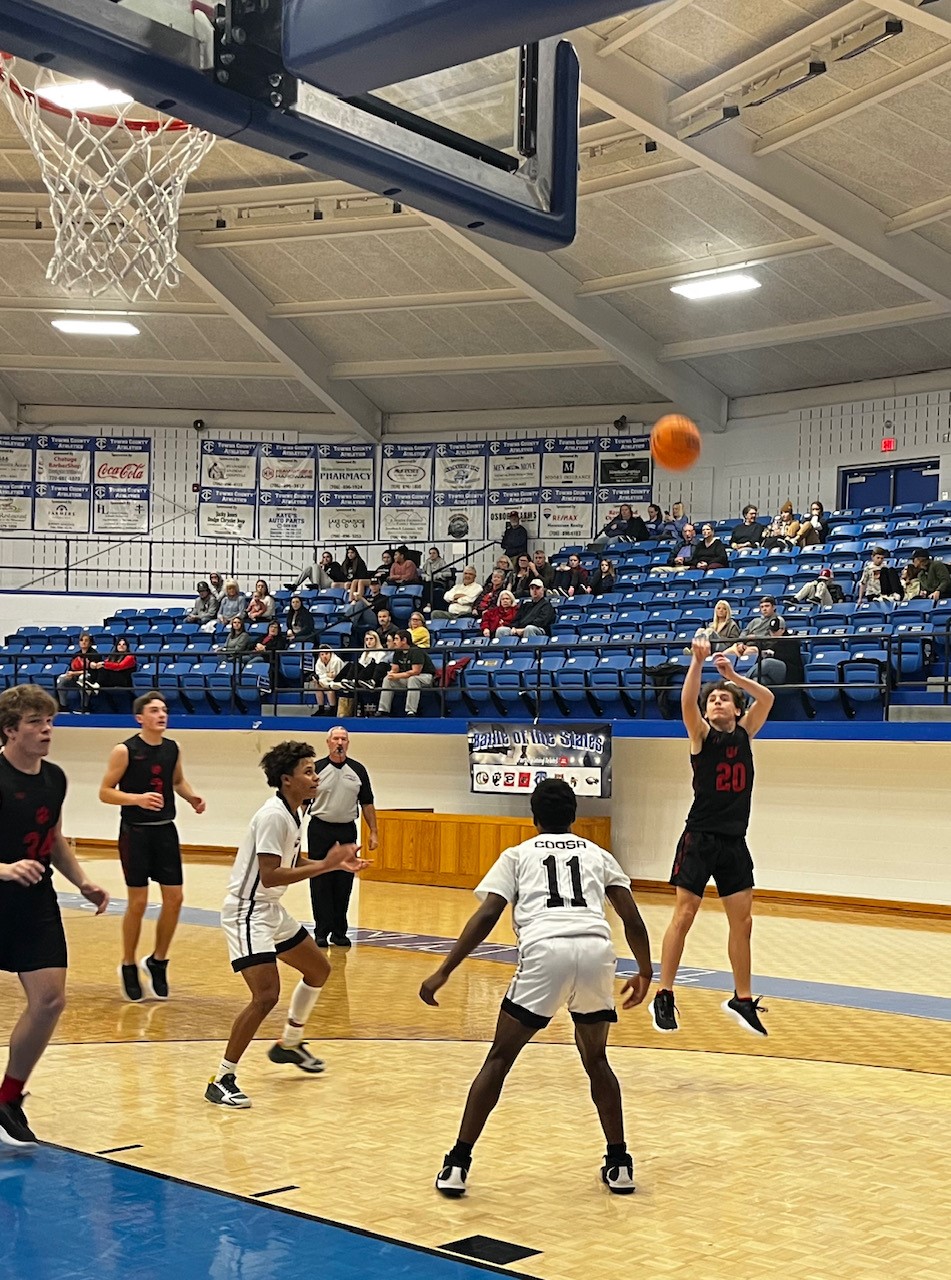 (Hiawassee, GA) – – Red is the apparent color of favored teams in the Battle of State Basketball Tournament as most who won game have a good splash of the color in their school logos and jerseys. Not only that, but having red and have a fierce feline as a mascot finishes out the winning formula. Franklin Panther Boys kept the theme alive as they nearly shut out Coosa’s Eagles in the opening period of play.  After the first period the Panthers were dominating with a 19-to-3 lead.  Coosa’s Joseph Richardson, who has been one of the tournament’s sharp-shooting3-Point men, tried to dig the Eagles out of the hole.  Standing in his path is Franklin’s Max McClure who matched each one of Richardson’s 3-Pointers, which allowed the Panthers other player contributions to dominate the game.

Cal Drake is the All-Tournament Selection from Polk County.

Joseph Richardson is the All-Tournament Selection from Hayesville.