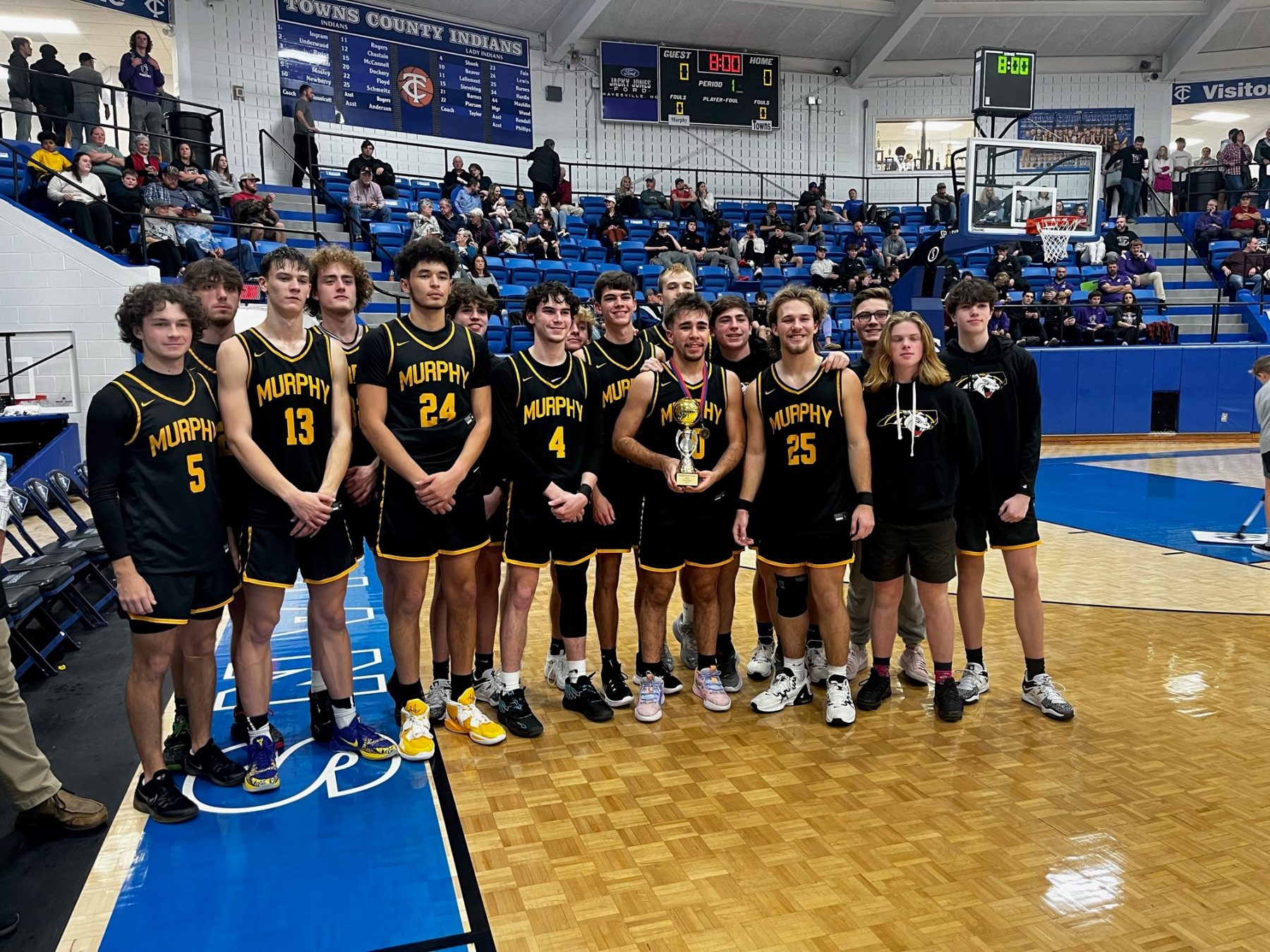 (Hiawassee, GA) – – Murphy is taking home Third Place from the Battle of the States Basketball Tournament with a 61-to-54 win over Towns County’s Indians.

Murphy jumped out to a comfortable lead with good passing, shooting and defense to build a comfortable 8-point lead, which fell off after a few Bulldog turnovers.  The opportunities fueled a small rally for the Indians to crop the Murphy lead to four at the end of the first period 15-to-11. The Indians cashed in a few Bulldog turnovers during the second period to clip the lead to 2 points, 22-to-20 with 3:00 left to go to the break.  Towns County’s Zane Floyd carried the scoring going into the with 14 points, more than half of the Indians offensive threat to the Bulldogs.  Murphy brought Dominick Rummler, Ty and Cole Laney back into the game to battle boards for rebounds and gain a few more points in the paint to build up the lead going into the halftime break Murphy 32 Towns County 24.

Murphy worked to slow down Floyd in the second half but the Indians were able to pull within 2 during the third period.  Murphy was looking for Dillian Brown to heat up with outside shooting, which eventually came from other players like Cole Laney.  Murphy ended the period leading Towns County 45-to-40. Sure and steady the Bulldogs maintained control of the game through the fourth period.  Towns County’s Zane Floyd led all scorers with 30 points.  Bulldog Point Guard Dillian Brown spoke for the team saying the win was good over a challenging team and getting Murphy ready for the coming week of four games Andrews (Home – Tuesday, January 3), Hiawassee Dam (Away, Wednesday, January 4), Nantahala (Away, Friday, January 6), and Gilmer (Home, January 7).

Dillian Brown is the All-Tournament Selection from Murphy.

Zane Floyd is the All-Tournament Selection from Towns County.