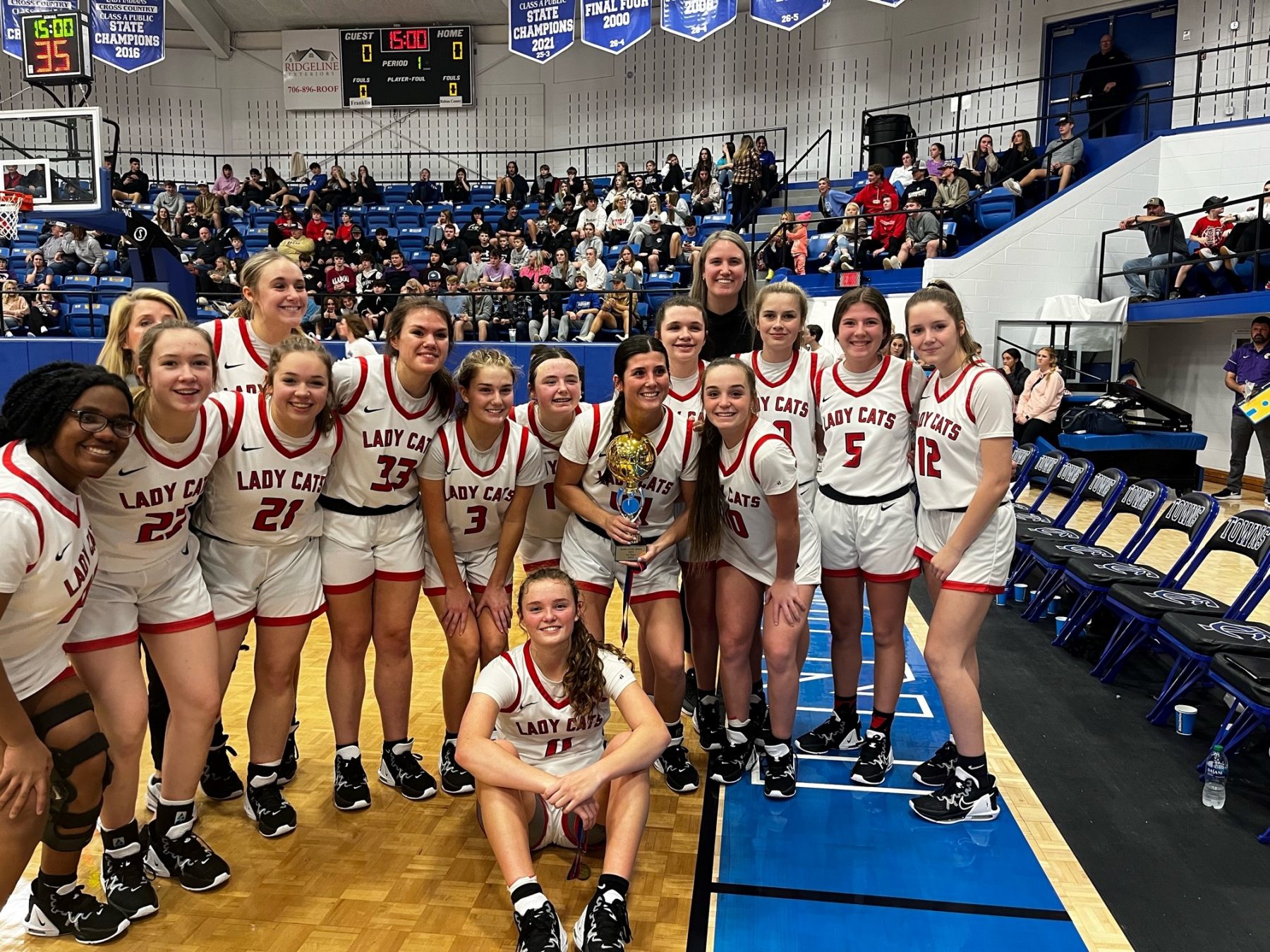 (Hiawassee, GA) – – Which feline team scratches deeper?  Rabun County’s Wildcats proved they have the bigger claws in a battle with Franklin’s Panthers for the Battle of the States Basketball Women’s Championship Game winning 62-to-45.  Rabun County’s Lucy Hood and Mary Lovell along with Franklin’s Avery Moffitt and Tori Ensley were selected for the All-Tournament Team.  Rabun County’s Ellie Southards was selected as the Most Valuable Player for the women’s tournament, who finished the championship game with 26 points.

Rabun County jumps to an early lead and appeared to build more momentum.  The Panthers countered with more defensive rebounds and swift returns to score.  As the period wore on Rabun County held a 5-point lead to end the first period.  Rabun County did not allow Franklin to stay close in the final moments of the first half pulling away and leading at the break 39-to-22. Rabun County’s Trea Blalock, Lucy Hood, and Ellie Southards kept the outside shooting hot with nine 3-Pointers collectively.  Rabun County defense also limited Franklin’s best shooter, Tori Ensley, to only 9 points in the first half. By the end of the third period Rabun County’s lead jumped to 54-to-32.  The game stayed on autopilot for the Wildcats to outscore Franklin through the second half. Southards finished the night leading all scorers with 26 points.

Rabun County Coach Dee Dee Dillard praised her team’s work through the game.  Dillard says this is good preparation going into regional play for the Wildcats.