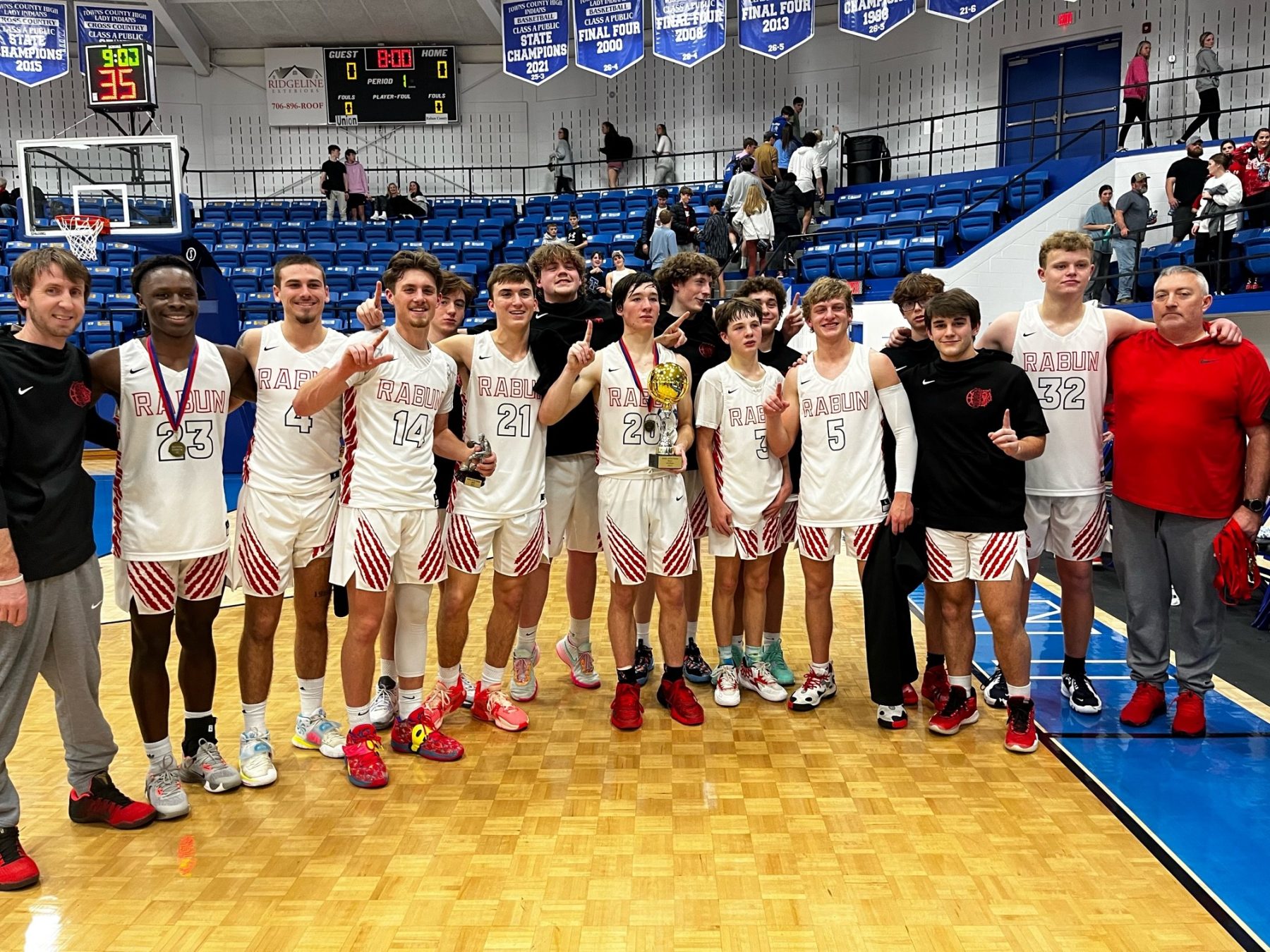 (Hiawassee, GA) – – The barn definitely caught on fire a few times in this game as Rabun County worked its way a strong Union County team 54-to-53.  Cooper Welch ended the game as the scoring leader for both teams and the men’s selection for Most Valuable Player with 20 points. Rabun County’s Jayton Henry and Willie Goodwyn were selected for the All-Tournament team.  Union County’s Houston Henry and Jude Ellis rounded out the All-Tournament team selection.  Jude Ellis led the Panthers with 18 points.

Rabun County’s Wildcats blasted their way to a comfortable lead through the first period almost holding the Union County Panthers scoreless.  There was no lead change in the first half of the game and in the dying moments of the second period Union County began to pick up turnovers and trigger a small rally as Jude Ellis cranked a 3-Pointer to draw the Panthers within 4 points of Rabun County.  The first half ended with Rabun County leading 27-to-23.  Through the beginning of the second half Union County placed some pressure on Cooper Welch, who had 10 points going into the half and relied on points in the paint from Eli Underwood to take the lead 30-to-29.  Union County followed up the lead change with a thrilling 3-Pointer from Houston Henry to start building Panther momentum.  The lead see-sawed between the Panthers and Wildcats until the third period ended with a Cooper Welch 3-Pointer, Rabun County 43 Union County 40. Welch remained the force to stop in order to contain Rabun County’s march toward the championship by pouring on more 3-Pointers in the third and final period.  Both teams energized by nerves of close score worked diligently to control the ball and play tenacious defense.  Rabun County found a few more opportunities to roll past Union County.

Rabun County Coach David Adcock says the tournament was a good exercise to meet challenging teams and prepare for regional play in Georgia.