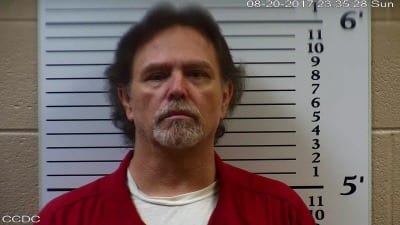 Murphy, NC— After a lengthy trial, a Cherokee County Jury returned a verdict of guilty in the State of North Carolina v Jackie Slaughter for the charge of Assault With a Deadly Weapon Inflicting Serious Bodily Injury.
In May of 2017, the Cherokee County Sheriff’s Office began an investigation into a report of an individual who had been cut by Slaughter at a residence in Andrews North Carolina.
Judge William Coward sentenced Slaughter to 117 – 153 months in the North Carolina Department of Adult Corrections. Slaughter filed an appeal and is currently awaiting transportation to NCDAC.
Slaughter was also tried on Attempted Murder charges, but the jury was not able to come to a unanimous verdict and the North Carolina District Attorney will be deciding on a retrial.
To report suspicious activity and suspect violations of the law please call 828-837-1344 or submit a tip at [email protected]
assault with deadly weapon guilty verdict Press Release