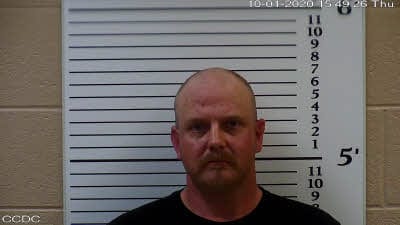 Murphy, NC— Sheriff Derrick Palmer announced the October 1, 2020 arrest of 39-year-old Robin Farmer Stalcup, of Murphy, North Carolina on charges of sexual assault a minor child.
In June 2020 a complaint was made with the Cherokee County Sheriff’s Office of an allegation of a sexual assault of a minor child. Pursuant to this allegation, the Cherokee County Sheriff’s Office conducted an investigation which identified Stalcup as suspect in the case. As the case was being investigated assistance was provided by HAVEN Child Advocacy Center.
The case was presented to the Cherokee County Grand Jury on 9/28/2020 and a true bill of indictment for the arrest of Stalcup was issued.
Stalcup surrendered himself to the Cherokee County Detention Center and the indictment for Indecent Liberties with a Child was served on him. The North Carolina Magistrate set a $5,000.00 unsecured bond and Stalcup was released. Stalcup is to be in Cherokee County Superior Court on December 14, 2020.
Stalcup was served with 2012 misdemeanor warrants for Breaking and Entering and Assault and Battery and bond was set at $1,000.00 unsecured. The court date on the misdemeanor charges is set for October 15, 2020.
Sheriff Derrick Palmer stated, “Due to the age of the victim and nature of the crime we will not be making any further press releases in this case.”
To report suspicious activity and suspect violations of the law please call 828-837-1344 or submit a tip at [email protected]
cherokee county sheriff office Derrick Palmer Murphy North Carolina sexual assault 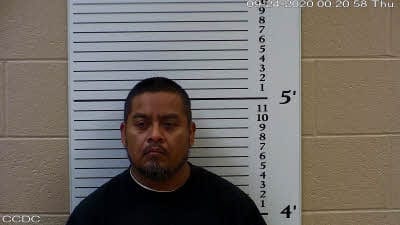 Murphy, NC— Sheriff Derrick Palmer announced the September 24, 2020 arrest of 39-year-old Benito Morales Mendez, of Andrews North Carolina for sexual assault of a child.
In January 2020 a complaint was made with the Cherokee County Sheriff’s Office of an allegation of sexual assault involving a minor child. Pursuant to this allegation, the Cherokee County Sheriff’s Office began an investigation which identified Mendez as suspect in the case.
As the case was being investigated assistance was provided by HAVEN Child Advocacy Center, the Clay County Sheriff’s Office, Cherokee County Department of Social Services, and Cherokee County Schools. These agencies provided assistance in collecting statements from the victim and witnesses.
During the investigation, several electronic devices and other items of physical evidence were collected for examination.
As the investigation continued an additional allegation of Violation of a Domestic Violence Protective Order was made against Mendez and a warrant was issued for his arrest. Additionally, an arrest warrant was issued for Mendez’s arrest for the allegations involving the sexual assault of the child.
When Detectives attempted to arrest Mendez information was made known that he had fled from North Carolina. Further, information was made to know that Mendez was not a legal citizen of the United States.
Assistance was requested from the United States Marshal Service Fugitive Apprehension Task Force, and the Department of Homeland Security Investigations who assisted in locating Mendez several months later in Texas where he had fled. Mendez refused to waive extradition and a Governor’s warrant was issued and Mendez was brought back to Cherokee County where the North Carolina warrants were served on him.
Benito Mendez is currently charged with STATUTORY RAPE OF A CHILD BY ADULT and VIOLATE DOMESTIC VIOLENCE PROTECTION ORDER. Mendez was taken before the North Carolina Magistrate who set a $500,000.00 secure bond. Additionally, Mendez has an ICE Detainer which has no bond. Mendez is expected in Cherokee County
District Court October 1, 2020, for his first appearance.
Sheriff Derrick Palmer stated “As you can see it takes a team effort and one of the reasons we work so closely with our local and federal partners. Due to the age of the victim, we will not be making any further press releases.”
To report suspicious activity and suspect violations of the law please call 828-837-1344 or submit a tip at [email protected]
cherokee county sheriff office Derrick Palmer Press Release sexual assault. minor