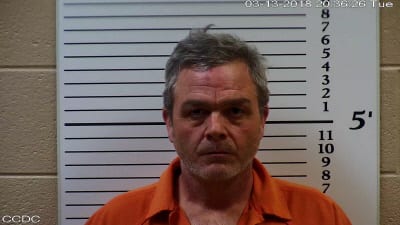 For the past several months, numerous threatening and demeaning emails and social media postings were sent to individuals of the Cherokee County Sheriff’s Office as well as individuals employed with the District Attorney’s office in Waynesville, North Carolina. The State Bureau of Investigation conducted an investigation and several charges were taken out on Celebreeze. At some point in the investigation, Celebreeze had failed to make a scheduled court appearance.

Celebreeze surrendered himself to the Cherokee County Detention Center for the following charges: FAILURE TO APPEAR ON MISDEMEANOR X 3, EXTORTION X 2, and INTIMIDATING WITNESS X 2. He has a $357,000 secure bond and has an April 3, 2018, District Court date.

Sheriff Palmer stated, “We should remember, with the right of free speech, we have a responsibility not to infringe on the rights of others, and we will hold you accountable.”

Sheriff Palmer asks if you should have any information concerning this case or any other case to report suspicious activity and suspected violations of the law, please call 828-837-3144 or submit a tip at crime.tips@cherokeecounty-nc.gov.