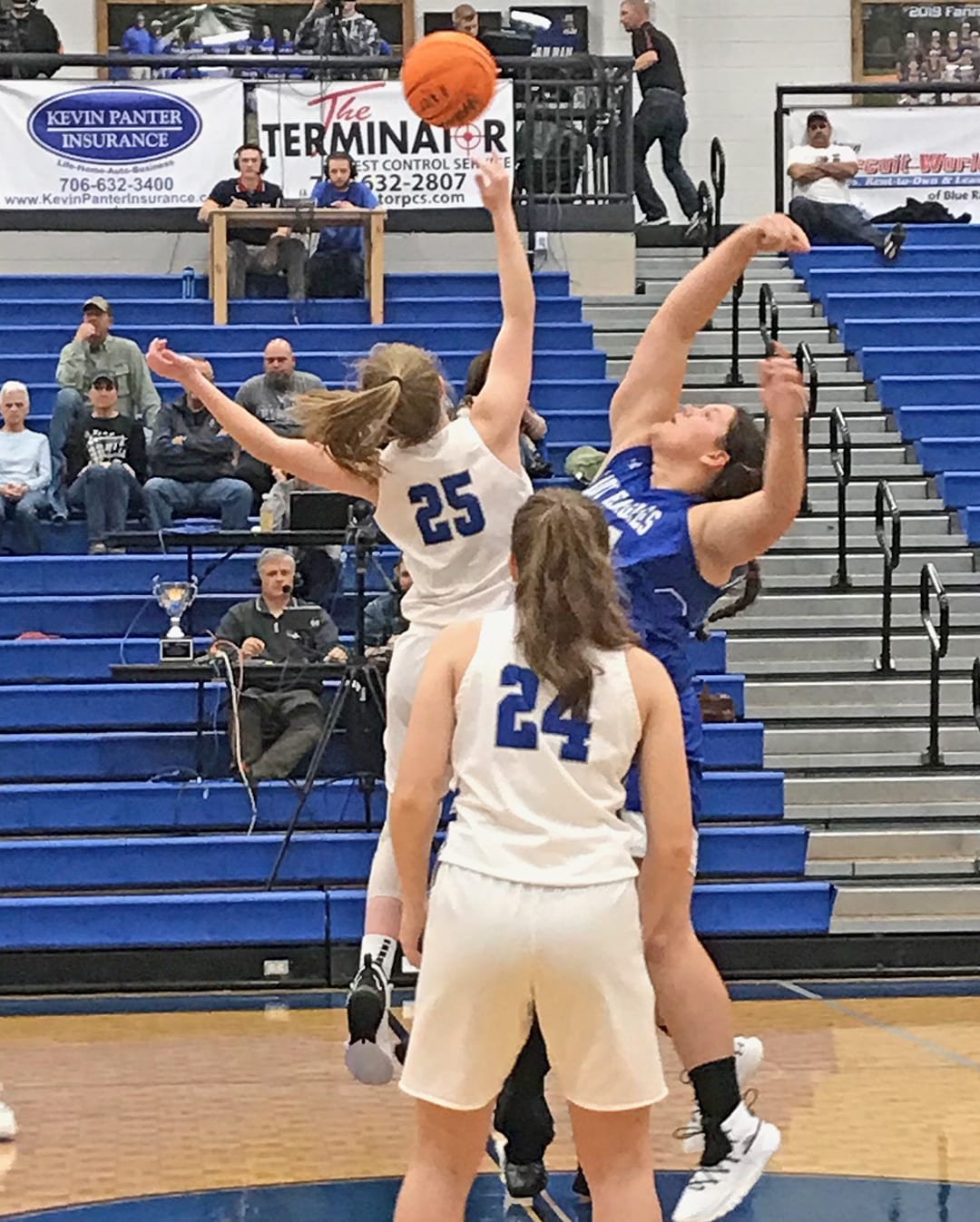 While the Hiwassee Dam girls basketball team had a tough time on the scoreboard during the three-day Thanksgiving tournament at Fannin Co. High in Blue Ridge, GA, last week, the experience is one the team needed.

Coming from the Little Smoky Mountain 1-A Conference in North Carolina, the Lady Eagles don’t play a lot of team from high classifications.

During the tournament, the team faced Fannin Co. from Georgia’s Class 3A, and Gilmer and Pickens from Class 4A.

From left, Kiara Anderson, Chloe Roe, and Katie Gibson were named to the all-tournament team for Hiwassee Dam.

Playing above their classification, against school with as many as five times the students, was a great learning experience for the players according to Hiwassee Dam Head Coach Cutshaw.

“We loved playing in the tournament,” Cutshaw said. “It’s a great experience. We are the smallest 1-A school in North Carolina. We never get to play bigger schools.”

The Lady Eagles (0-4) played their best game of the tournament Tuesday, Nov. 25, against Gilmer.

While Hiwassee Dam lost 41-35, the team was in it throughout and was a real threat to take down the Lady Bobcats (3-1), who ended up second in the tournament.

The Lady Eagles came out ready to battle on both ends of the court as defensive pressure held Gilmer to just 13 points in the period. On offense, Katie Gibson scored four and Chloe Roe hit a 3-pointer to go with a jump shot from Dezaray Adams to keep pace with Gilmer at 13-9.

The defense continued to play well into the second quarter, holding the Lady Bobcats to single-digit scoring with nine points, but the offense stalled.

Katie Raper hit a 3-pointer but the Lady Eagles scored just six points to go into the half down 22-15.

The third quarter was more of the same, with the defense holding the quick-hitting Lady Bobcats offense in check but the offense struggling to score.

Natalie Nichols hit a pair of shots and Raper hit another 3-pointer, and the Lady Eagles trailed 30-25 heading into the fourth.

Gibson finished with a team-high 10 points. She led the team in scoring in all three tournament games. 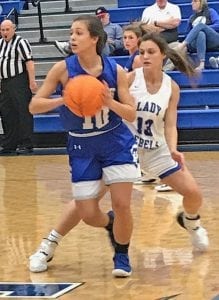 Against Pickens (2-2) on the third day of the tournament Tuesday, Nov. 26, Gibson had 19 points. She was one of 10 Lady Eagles to score in the game, which had Pickens take a nine-point lead at the end of the first quarter and never look back. The Dragonettes won 85-49.

Gibson scored 14 in that game, one of nine scorers for the Lady Eagles, but she was the only one in double-digits.

Hiwassee Dam kept the game close in the first half, trailing by just nine going into halftime. But a 17-point third quarter and a 19-point fourth quarter from the Lady Rebels was too much for the Lady Eagles to weather. Fannin Co. won 70-47.

Gibson, Roe, and Kiara Anderson were named to the all-tournament team from Hiwassee Dam.

To read about this week’s TeamFYNSports Writer’s Player of the Week for the Lady Eagles, click here.