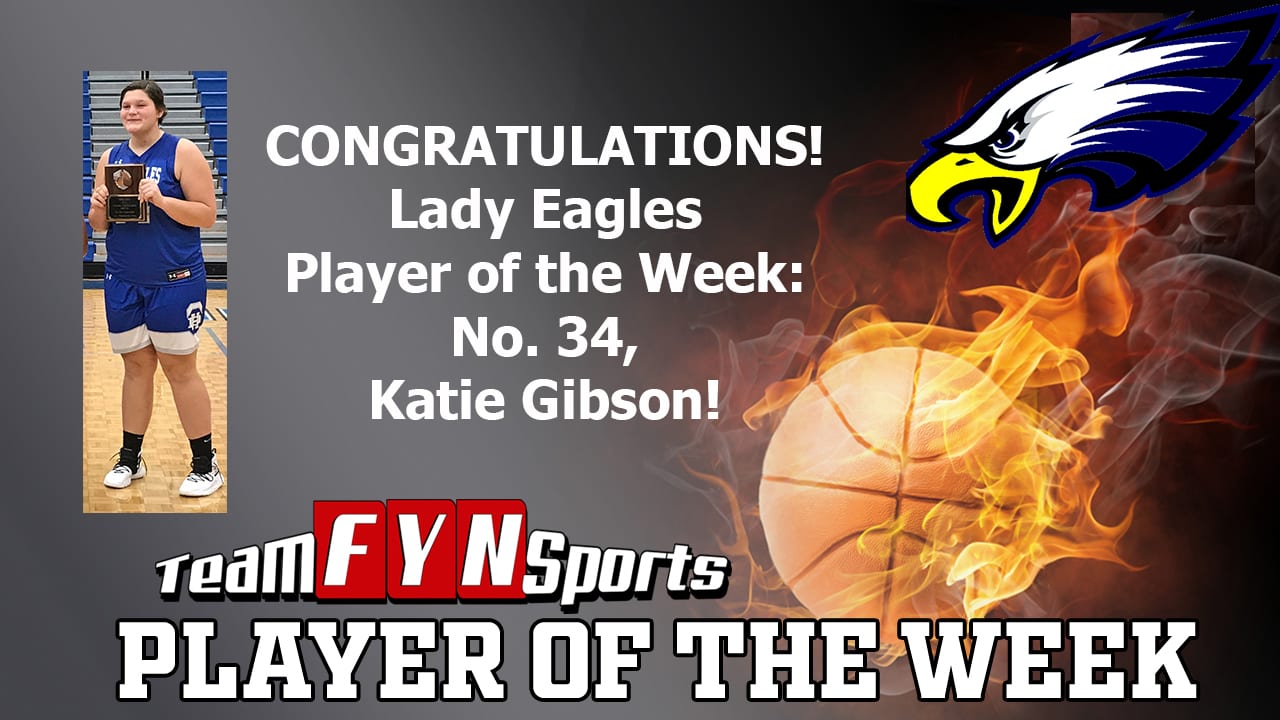 Katie Gibson is the TeamFYNSports Writer’s Player of the Week for the Hiwassee Dam Lady Eagles!

Gibson, the team’s center, averaged a double-double during the three-day Thanksgiving tournament at Fannin Co. High in Blue Ridge last week, scoring more than 14 points per game and pulling down more than 10 rebounds per game.

She led the team in scoring in all three games.

For her efforts, Gibson is the TeamFYNSports Writer’s Player of the Week for the Lady Eagles!

To read about how the team fared in the tournament, click here.