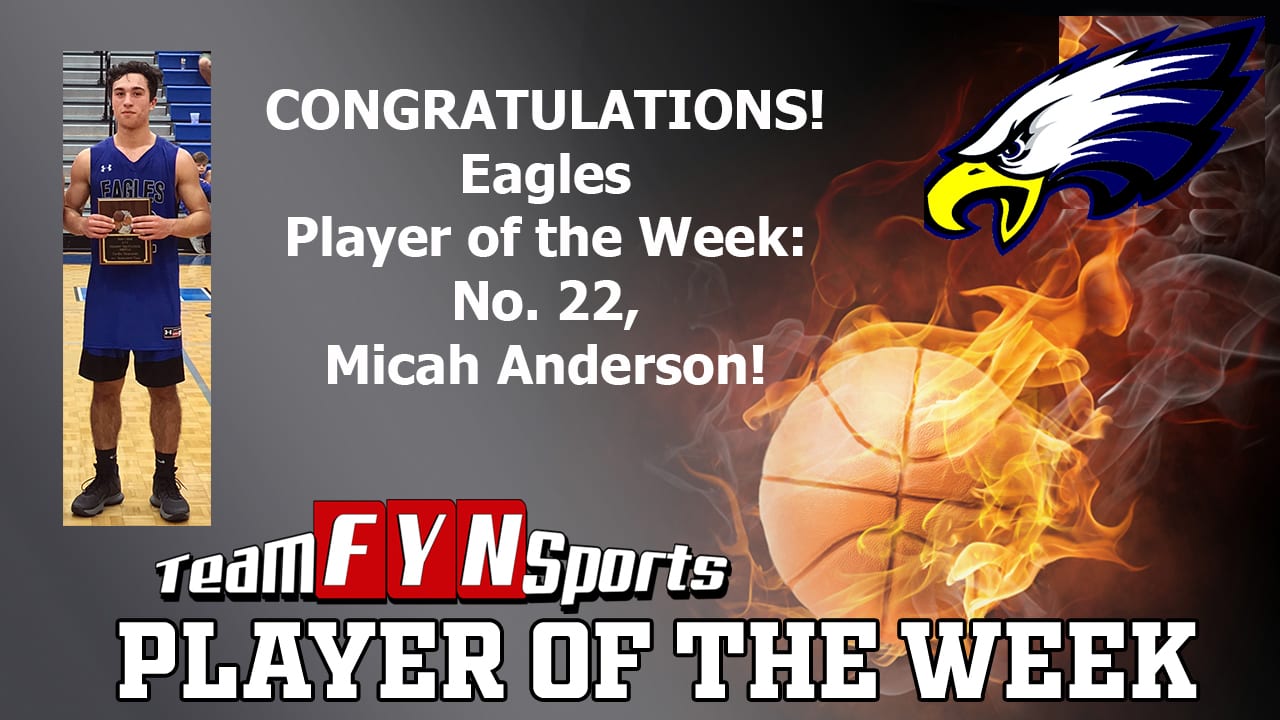 Micah Anderson is the TeamFYNSports Writer’s Player of the Week for the Eagles!

Anderson consistently helped the Eagles break the full-court pressure of all three opponents from this week: Fannin Co., Gilmer, and Pickens. Hiwassee Dam played in the annual Thanksgiving tournament in Blue Ridge and Anderson was a consistant presence on defense and offense.

For his efforts, Anderson is the TeamFYNSports Writer’s Player of the Week for the Eagles!

To read about how the Hiwassee Dam boys basketball team did last week, click here.